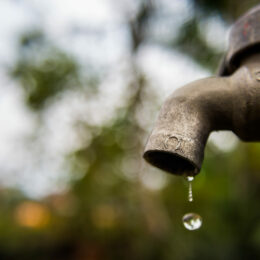 Lack of access to clean water seems like a problem that only takes place in far away countries. But for millions of Americans, access to clean drinking water isn’t a given. And this problem has cost Americans billions each year.

More than two million Americans lack access to clean running water, according to a report from Dig Deep, a California-based nonprofit. That means they can’t shower, flush toilets, or fill a glass inside their homes. In turn, these families must leave their homes – occasionally driving many miles – to collect bottled water to keep their loved ones clean and hydrated.

The problem isn’t isolated to one region of the country. From lead in Michigan water to infrastructure failures in West Virginia or in the Navajo Nation, Americans throughout the country suffer without clean water.

For families without water, the costs can add up quickly. They need to pay for gas to drive to collect water, pay to use showers, and do laundry. Healthcare costs also pile up as 219,000 Americans suffer from waterborne illnesses each year while many more are at an increased risk of physical injury from transporting the water. Meanwhile, they’re also wasting an estimated 232 hours per year traveling to take care of these basic needs. In total, Dig Deep estimates that Americans lose $8.58 billion each year.

The report acknowledged that the recent infrastructure bill passed by Congress earlier this year included $55 billion for water projects which will begin to address some issues, including replacing lead pipes. However, the report noted that this funding is a drop in the bucket of what is needed. To overhaul all the failing water infrastructure issues in the United States could cost upwards of $1 trillion over 25 years.

The study is shocking enough as it is, but it likely underestimates the real number of Americans who struggle with lack of access. The report authors noted that they used conservative estimates in the methodology, but they also only included Americans who have a long-term lack of running water. The study does not include the millions of Americans who experience short-term water failures — which are extremely common.