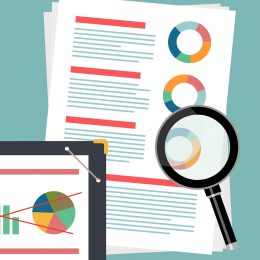 The U.S. Environmental Protection Agency recently announced that it plans to limit which scientific studies it uses to create regulations so that only reports with publicly available data are considered.

The big question is whether the EPA’s new rule will be so strict that it eliminates good research from consideration. Because of this concern, most news coverage and commentary around the change casts it in a negative light. But there are two sides to this story.

Here are 3 reasons why the EPA’s new transparency rule won’t destroy science as we know it:

Long story short, so long as the agency’s final rule allows for the standard wiggle room (such as grouping data, requiring confidentiality agreements, or controlling who can access it) the hullaballoo about the EPA’s new transparency proposal is much ado about nothing.

Want to find out more? This week, the Sun-Sentinel ran an opinion piece by our chief science officer, Dr. Joseph Perrone, discussing why the EPA’s new rule isn’t the monster the media makes it out to be. You can read an excerpt below, or read the full article here on the Sun-Sentinel website:

There’s an undisputed crisis of irreproducibility facing research today. Science, one of the world’s top academic journals, suggests, “more than half of researchers struggle to reproduce not only the results of their fellow scientists, but their own experimental data.” The EPA policy amounts to giving independent researchers the opportunity to check one another’s work, and it’s a safeguard worth pursuing: If half of what we “know” about how chemicals and molecules operate in the body isn’t true, are current environmental or public health policies actually keeping us safe?

Consider the tennis match of nutrition science. One day, researchers announce that an evening glass of wine is healthy and increases longevity, while the next day others claim wine causes cancer.  The flip-flops occur equally in other scientific fields, but the public generally loses interest once academics mention dose dependent responses and molecular pathways. It’s uncertainty in these complex studies that cast doubt on the quality of research used not just by the EPA, but by state and federal agencies nationwide.