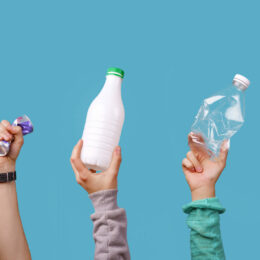 If the ban takes place, flavored drinks and soda bottles – which are made from thicker plastic than water bottles – will still be on the shelves.

Supporters of the policy argue that banning plastic bottles will help the planet, but a closer look at the data shows banning plastic could actually backfire and create more of an environmental problem.

All littering is bad and, in many places, it’s already illegal. Banning plastic bottles won’t stop littering. Water will continue to be sold in aluminum and glass containers.

A litter survey conducted by Keep America Beautiful Foundation found that aluminum beverage containers were littered five times as often as plastic water bottles. Of course, glass and other materials can be littered, too.

2. Alternative Aluminum Cans Are Worse for the Environment.

According to the Danish Environmental Protection Agency, aluminum can production generates more carbon dioxide emissions than plastic bottle production. This study has been confirmed more recently in a report from McKinsey and Company which revealed that aluminum production creates twice the emissions of plastic bottles. Moreover, the U.S. Environmental Protection Agency has warned that aluminum production generates PFC emissions which have upwards of 9,200 times the global warming potential of carbon dioxide emissions.

Bauxite, the ore from which aluminum is made, is a very dirty mineral to harvest. It requires open strip mines which leave nearby communities covered in red dust. The dust is toxic to nearby vegetation and the people who are forced to breathe it. Bauxite pollution has prompted riots in some less developed countries.

3. Glass Bottles Are Even Worse than Aluminum.

It takes a lot of energy to make glass. Glass is also really heavy which means it takes a lot of fuel to transport it across the country. According to a study from Imperial College of London, if the United Kingdom were to switch all plastic to glass, it would generate additional carbon dioxide emissions equivalent to 22 large coal power plants.

4. Other Cities Regretted Their Bans.

Plastic bottle bans have taken hold in some areas of the country, but many of the bans didn’t last long. At least six cities in Cape Cod have repealed or indefinitely paused bans on the sale of plastic bottles. Voters didn’t want to put up with more expensive alternatives that were worse for the planet. South Lake Tahoe residents can learn from the trial-and-error in Cape Cod.