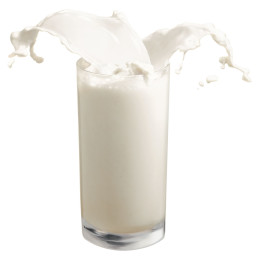 Should you avoid milk from cows given rBST?

rBST and rBGH are synthetic hormones given to dairy cows to increase their total milk production. The added hormone has raised fears from environmental and health activist groups that the milk and dairy products produced by these cows could negatively impact human health. Research has found, however, that dairy products from rBST cows are no different than those from cows not given rBST.

What do these hormones do?

rBST and rBGH boost a naturally-occurring protein in the cow’s pituitary gland that controls milk production. When given to cows, they extends the period of heightened milk production that occurs after a cow gives birth to her calf. Cows treated with rBST or rBGH can produce about a gallon more milk each day.

What does the research say about rBST safety?

The U.S. Food and Drug Administration approved rBST for use in dairy cows in 1993. Studies show the hormone does not harm cows and milk produced with the hormone is safe for human consumption. According to FDA, “The agency found that there was no significant difference between milk from [rBST/rBGH] treated and untreated cows.”

Other scientific bodies, including the World Health Organization and the National Institutes of Health, have declared the hormones safe. A paper presented at the American Dairy Science Association, American Society of Animal Science, and the Canadian Society of Animal Science 2009 annual meeting concludes, “Milk from rBST-supplemented cows has been a part of the U.S. food supply since receiving FDA approval over 15 years ago and its use has not been associated with any scientiﬁcally documented detrimental eﬀects on human health.”