A Vote for Genetic Modification is a Vote for Public Health 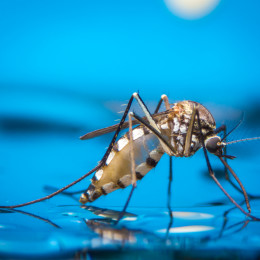 In the war on Zika, Florida residents may soon fight fire with fire (or mosquitoes with mosquitoes in this case). On Tuesday, 58 percent of Monroe County residents voted to allow the release of GM mosquitoes to help control the local mosquito population.

In the FDA-approved trial, males modified to produce inviable offspring would be released to mate with wild females. Any offspring from the pairings die in the larval stage, and the population of Zika-carrying mosquitoes subsequently plummets – which is great news for pregnant Floridians.

But residents of Key Haven, where the release is poised to take place, weren’t so enthused. About 400 people voted against the measure. Clearly, they didn’t read the Miami Herald piece written by our chief science officer, Dr. Joseph Perrone, explaining why we should embrace GM technology to solve the Zika problem.

The decision to move forward now rests with the Florida Key Mosquito Control Board. Considering earlier trials in Brazil, Panama, and the Cayman Islands successfully reduced mosquito populations by over 90 percent, we only hope the board members haven’t been as swayed by anti-GMO scaremongering as those 400 residents who voted against the measure.