Activists Use Fishy Science to Skew Facts on Tuna 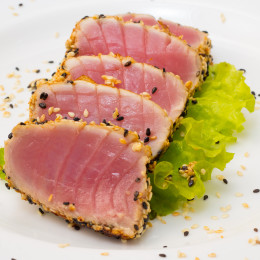 Earlier this summer, the U.S. Food and Drug Administration (FDA) and Environmental Protection Agency (EPA) issued new draft recommendations urging women who are pregnant, breast feeding, or trying to conceive to eat at least eight ounces and up to 12 ounces of fish weekly. That’s because fish is an excellent source of omega-3 fatty acids and protein—important parts of a healthy diet.

But Consumer Reports, the publishing arm of the activist group Consumers Union, takes issue with the recommendations, claiming that pregnant women should avoid tuna because of mercury concerns. Consumer Reports’ new study flies in the face of research from the FDA, EPA, and World Health Organization, which all say it’s not only safe to consume fish during pregnancy, but women should specifically include fish in their diets. The FDA issued its latest recommendations precisely because women were avoiding fish during pregnancy.

The FDA shot back at Consumer Reports, stating:

The Consumer Reports analysis is limited in that it focuses exclusively on the mercury levels in fish without considering the known positive nutritional benefits attributed to fish. As a result, the methodology employed by Consumer Reports overestimates the negative effects and overlooks the strong body of scientific evidence published in the last decade.

While there’s no doubt that tuna, like some other types of fish, contains mercury, it’s unlikely to be enough to cause any harm to humans—even unborn babies. There are certain types of fish to avoid during pregnancy, including swordfish and shark, but benefits of lower-mercury fish clearly outweigh the relatively minor risk posed by mercury.