ADHD: It’s in Your Genes 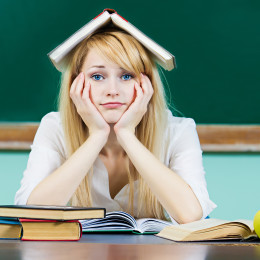 ADHD is a disorder characterized by chronic inattention, hyperactivity, and impulsivity which interferes with normal functioning or development. Activists often blame the condition on childhood exposure to household chemicals, but the study’s authors are pointing to another source—our genes.

The research team found children diagnosed with ADHD are 25% more likely to test positive for a DNA mutation which has already been tied to mental retardation in Fragile X Syndrome. Young ADHD patients with the mutation are also far more likely than their mutation-negative peers to exhibit problems with anger control, and disruptive behaviors—which could result from the mutated gene’s over-activity

Brain disorders are notoriously complicated because they’re likely controlled by several different genes. This means a mutation in one patient may not be present in another, despite both presenting the same symptoms. In fact, their shared symptoms may be caused by genes we haven’t even identified as contributing to the disease!

Studies like this are key to figuring out exactly how our genes interact to cause genetic disorders, and mark the first steps in treating ADHD according to its root cause: DNA.