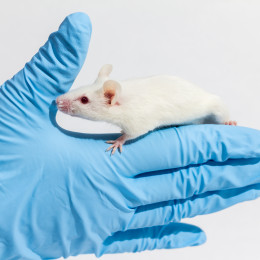 The criticism is particularly ironic at a time when modern science is grappling with a “replication crisis,” where scientists duplicating prior studies aren’t achieving consistent results. Researchers from the University of Virginia discovered that two thirds of psychology studies couldn’t be duplicated, and drug developers Bayer and Amgen found that studies driving their work could only be confirmed less than a quarter of the time.

This is an enormous problem, because science and medicine rely on the foundation of existing knowledge to build future advancements. When scientists aren’t allowed to use animals in research that has “already been done,” we have no way of verifying whether the original study is accurate, or suffered from a false positive or false negative.

Additionally, fail-safes exist to monitor animal research. Federal law requires every research institution in the U.S. to appoint an Institutional Animal Care and Use Committee (IACUC) to approve every study involving live vertebrate animals. Requirements for approval include a detailed rationale of why scientists selected the particular animal model, why alternative methods would be insufficient, and means to assure animal well-being. The committees also inspect the facilities in which research animals are housed and tested.

That’s not to say that animal research is absolutely necessary in every case. Rats, for example, lack the ability to vomit. A researcher wouldn’t do much good using rats to study the effectiveness of a drug to induce vomiting. And since humans and rats are separated by about 130 million years of evolutionary divergence, we can’t expect rat body systems to function exactly the same as our own 100% of the time.

Despite its limitations, animal research continues to play a massive, vital role in medical advancement. And the pragmatic “3 R’s”—reduce, refine, and replace animals in research as appropriate—have already guided research for decades.

Ethically approved research should not be barred from replication simply because the original study involved animals. It would be far more prudent to ensure that medically relevant animal research continues to be ethically conducted, rather than bar the practice entirely.