Another Anti-GMO Study Contaminated by Sensationalism 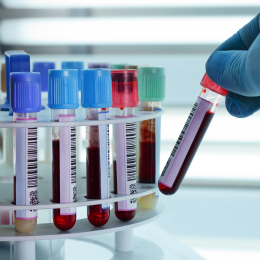 Nearly every major world medical association and regulatory agency has concluded that genetically modified organisms (GMOs) pose no health risk to humans, yet there are still some activists who cling to a handful of outlying studies that on the surface appear to support their anti-GMO rhetoric. Many of these studies have been discredited by other scientists, but that hasn’t stopped activists from using shaky science to support bans on GMO foods.

One of those studies, published in PLoS One last year by Dr. Sándor Spisák, alleges that DNA can be transferred from food into our bloodstream. The study’s authors took the finding even further, claiming that complete genes from food can pass through the gut into the blood stream. If these findings prove to be true, it would provide the proof that anti-GMO scientists and activists have been searching for: the genetically modified DNA from GMO foods can pass into our bloodstreams.

But before you start worrying that you might have GMO apple DNA coursing through your veins, a new paper published this week questions the results of Spisak’s research.

Dr. Richard Lusk contends that it is highly likely that plant DNA was found in Spisak’s blood samples due to contamination, not transference through human consumption of plants. He states:

When I examined the original data from the paper claiming that genes pass from food to blood, I did find food DNAs…But I also found much higher quantities of DNA from common skin microorganisms, suggesting that at least some of the DNA in the sample came from contaminants. Maybe the food DNA got there the same way.

Dr. Lusk also looked at archived genetic data for individual washed cells, some being tumor and single sperm cells.  Instead of just finding only the DNA inside each cell he found DNA from foods, and other organisms—clear evidence that these samples were contaminated.

Lab contamination is a serious problem and can have a profound impact on scientific findings. Today’s very sensitive DNA detection technologies are wonderful tools, but to ensure honest results extreme measures need to be taken to assure that contamination is avoided.

Spisak’s study has been shared over 5,000 times on Facebook and his article has received more than 50,000 views. It’s unlikely that revelations about the validity of its results will stop anti-GMO activists from citing its findings and continuing to make outrageous claims that fly in the face of scientific realities. As Mark Twain said: “A lie can travel half way around the world while the truth is putting on its shoes.”