Another Tip for Detecting Junk Science 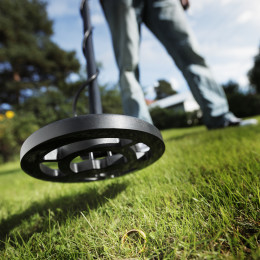 When health scares start to spread, they can become hard to stamp out—even if its source has been long extinguished. This is especially true when it comes to junk science online, where headlines live longer than they do in traditional media like newspapers or TV stories.

After seeing hysterical “news” online about GMOs or vaccines, readers might be surprised to hear how little evidence is behind such panic. The mass hysteria of both anti-progress movements was triggered by a single study, and both were swiftly discredited upon peer-review.

That means the “studies” anti-vaxxers and anti-GMO activists like to cite have been dead for years. Yet, thanks to the echo chambers of the internet, fear lives on.

So how can you be on guard against scientifically questionable studies or claims? Remembering dose makes the poison is one way. But another is knowing that findings of animal studies don’t automatically apply to humans.

Dr. Anthony Fauci, Director of the National Institute of Allergy and Infectious Diseases, explained the concept recently while on Fox News. Though their discussion was Zika, the principle he provides is useful for fighting fear in any case:

“I think we should be careful about making the connection between that study in a mouse model and anything that we’re seeing with the adults, in which we have thousands and thousands of cases of human adults who are infected with no apparent deleterious consequences whatsoever. You want to pay attention to the studies in the mouse, but we have to be careful. It may not be applicable to anything in the human, although you don’t want to just dismiss it.”

Dr. Fauci’s moderate view means fighting the urge to take political sides on scientific issues. That’s because doing so leads to extremes—conspiracy on one side and denial on the other.

Dr. Fauci, summing up, said, “when people do studies in animals, you pay attention to them but you don’t make any policy or any other conclusions related to that until you do good epidemiological observations in the human system.”

It’s a good reminder for scientists, and a great lesson for consumers. And if anti-vaxxers and anti-GMO activists settled down for a second, they could learn something, too.