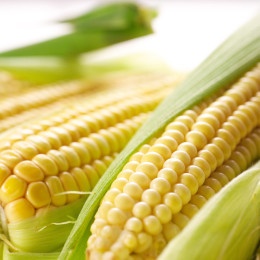 Last week, I had the pleasure of attending a two day public meeting of the National Academy of Sciences (NAS) panel on genetically engineered (GE) crops, also known as Genetically Modified Organisms (GMOs). NAS is beginning a comprehensive study of the technology and invited a wide array of panelists to give their thoughts on GMOs to NAS board members.

Back in 2004, NAS issued a report declaring, “To date, more than 98 million acres of genetically modified crops have been grown worldwide. No evidence of human health problems associated with these ingredients of these crops or resulting food products have been identified.” Given NAS’s previous findings and the broad consensus across the scientific community that GMOs do not pose any health threats to humans, you’d expect that NAS would host a large number of scientists and researchers who support the use of GMOs. Yet, shockingly, the number of speakers warning of GMOs outweighed GE supporters.

NAS heard anti-GMO rhetoric from representatives of notable anti-GMO crop activist groups, including Greenpeace, the Center for Food Safety, Food & Water Watch, Institute for Responsible Technology, and Consumers Union. Most alarmingly, NAS also heard from Jeffrey Smith, a notorious anti-GMO “fringe” activist who did a whole segment on the Dr. Oz show, “GMO Foods: Are They Dangerous to Your Health?” and has gone so far as to blame GMOs for causing autism, and Gilles-Éric Séralini, a French researcher who published a study on rats fed GMO corn that was deeply flawed and ultimately retracted.

Thankfully, at least one speaker recognized the ridiculousness of including such quacks on what should be a reputable forum to discuss the challenges and promises GMO technology pose. Dr. Jon Entine, Executive Director of the Genetic Literacy Project at the University of California-Davis likened the inclusion of such anti-GMO activists to this public meeting to inviting creationists to a discussion of evolution.

Dr. Entine hit the nail on the head when he explored this idea of “false balance.” Journalists are always looking to appear impartial and include both sides of a particular argument. But in the case of GMOs, most reputable scientists support the idea that GMOs are safe. Therefore to get the “other side” of the story, they have to include fringe activists. Addressing NAS, Dr. Entine said:

You face pressure to demonstrate to skeptics of GE that the NRC and by proxy the American people are listening to their concerns. Perhaps it made sense to invite science’s harshest critics. But panel members, don’t assume that those who will have spoken will ultimately embrace this process. Emboldened by the implicit endorsement that an appearance at the Academy confers, they will resume their campaigns to scare the public about a safe technology. Don’t be shocked that for years to come, they will make hay that they have been “consulted” by the National Academy of Sciences about GMOs. Don’t be surprised that when you issue your report in 2016, you will be ridiculed for holding what they will then characterize as a “rigged NRC process”.

You can read Dr. Entine’s full remarks on the Genetic Literacy Project’s website here. This public meeting was just the beginning of a long process by NAS to develop a report to Congress on GMOs. I certainly hope the inclusion of radical anti-GMO activists in this opening panel isn’t an indication of what that report will find.