Anti-Vaxxer-Funded Study Finds No Link Between Vaccines and Autism 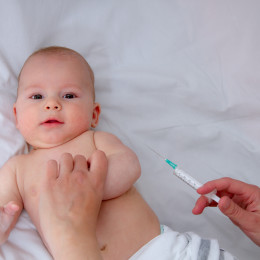 Vaccines do not cause autism. Even with piles of research showing vaccine safety, anti-vaccination activists, including organizations such as the Autism Society and SafeMinds, continue to spread this dangerous myth. In fact, SafeMinds is so convinced a link exists, the group funded a study recently published in the Proceedings of the National Academy of Sciences that examines the relationship between vaccines and autism. But instead of confirming SafeMinds’ ludicrous position, researchers found no link between vaccination and autism markers.

Score one for science!

Researchers found that neither the thimerosal-containing shot nor the MMR vaccine changed the monkeys’ behavior or had any effect on the brain function or size of the monkeys—common markers for autism.

Unsurprisingly, SafeMinds isn’t accepting these results. The group issued a statement: “SafeMinds has concerns about changes in the study design protocol and analysis that may have led to these contradictory results. We are in the process of collecting and reviewing additional information regarding this study.”

Check out our breakdown of the research debunking the vaccine/autism link and vaccine safety with our “5 Things to Know about Vaccinations.”