Apparently We’re Ignoring the Cure for Most Childhood Cancers 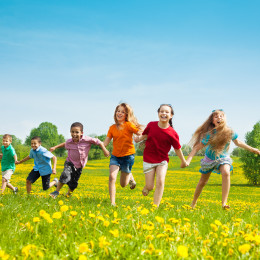 Today I read an opinion piece that was simply mind-boggling. Gregory Anderson, the Founder and CEO of Cancer Recovery Foundation International Group of Charities-Texas Division, wrote an op-ed, “We Can Prevent Most Childhood Cancers,” claiming that “environmental carcinogens,” chemicals in food, drugs, cosmetics, and pesticides cause childhood cancer and calling for a revamp of the way the Environmental Protection Agency looks at chemicals.

Let’s take a moment and think back to the time before we had modern farming to prevent most famines, reliable medicine to treat illnesses, effective cleaning products to help curb the spread of disease, or any number of modern luxuries that have helped dramatically reduce our childhood mortality rate. Now, thanks to Mr. Anderson and other environmental activists, these very same advances are being targeted for causing cancer in children.

So what does the American Cancer Society say about these “environmental carcinogens?” In the group’s words:

Very few environmental factors, such as radiation exposure, have been linked with childhood cancer risk. Even then, in many cases exposure to radiation may be unavoidable, such as if the child needs radiation therapy to treat another cancer. If your child does develop cancer, it is important to know that it is extremely unlikely there is anything you or your child could have done to prevent it.

Mr. Anderson attempts to make his case with seemingly damning statistics, such as: “Incidence of leukemia in 0-14 year-old U.S. children increased from 3.3 per 100,000 in 1975 to 5.1 per 100,000 in 2005, a 55% increase. Acute lymphocytic leukemia increased in the same years from 2.2 to 4.0 per 100,000, an 81% increase.”  However, if you look at the actual numbers for both leukemia and acute lymphocytic leukemia the absolute increase is for both categories is only 1.8 more children with those cancers—much too low to conclude the increase is due to anything other than random chance. The same data cited by Mr. Anderson actually shows that cases of Non-Hodgkin Lymphoma actually decreased in children over the same time period—a fact that Mr. Anderson conveniently omits.

Mr. Anderson is correct in one fact–cancer is the second leading cause of death for children under the age of 15. But that’s because we’ve eliminated or greatly reduced diseases that used to kill children.

Thanks to scientists’ innovation, vaccines routinely protect children from dying of whooping cough or measles and improved sanitation has eliminated deaths from cholera in many areas of the world. Scaring parents into thinking that danger lurks all around them with sweeping statements such as “Today, hundreds of thousands of children are being inadvertently exposed to hazardous chemicals at a time in their lives when they are uniquely sensitive to the long-term, detrimental effect” doesn’t lead to a productive conversation about the best way to improve children’s health.

There are certainly things parents can do to keep their children safe. Motor vehicle accidents remain the leading cause of death for children, killing over 9,000 children from 2002-2011. Parents should worry a lot more about driving safely, putting their child in age-appropriate, correctly installed car seats, and ensuring older children buckle up than whether shampoo or a strawberry might possibly increase their child’s cancer risk.

I’m all for revisiting and reforming our current federal chemical law—the Toxic Safety Chemical Act of 1976—but scaring the public into thinking the outdated law is killing their children is simply irresponsible, unproductive, and wrong.