Are 1 in 3 Americans Really Drinking Excessive Amounts of Alcohol? 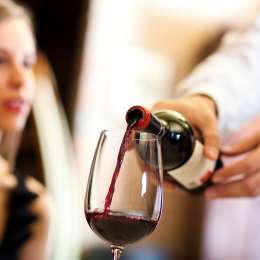 Yesterday, the Centers for Disease Control and Prevention (CDC) released a new study showing that one in three U.S. adults drinks “excessively.” The new report has created lots of worrying headlines, but are we really a nation of chronic over-indulgers?

The CDC’s definition for “excessive drinking”:

Compare this to the U.S. Food and Drug Administration’s Dietary Guidelines:

Essentially, there’s not much difference in what the CDC calls “excessive” drinking and what the FDA calls sensible and moderate.

The study concludes that while 33 percent of adults might drink excessively, most aren’t alcoholics—only about 10  percent of those “excessive drinkers” are alcohol dependent. The authors argue that since addiction treatment services aren’t necessary for most “excessive” drinkers, the U.S. should adopt policies such as higher alcohol taxes and alcohol outlet density to cut down on alcohol consumption.

We should do as much as possible to ensure alcohol dependent individuals receive the treatment they need. Enacting policies to cut down on moderate drinking? That’s what’s really “excessive.”