Are Instant Noodles Harming Your Heart? 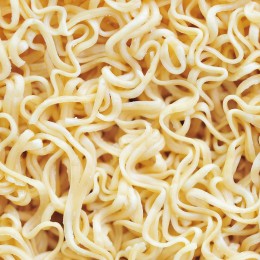 Headlines this week must be striking fear in the hearts of college students everywhere: Instant noodles are allegedly tied to heart risk. A new study from researchers in South Korea found that the consumption of instant noodles at least twice per week was associated with a 68 percent increase in risk of metabolic syndrome, which increases risk of coronary artery disease—but only in women. No increased risk was observed in men.

Researchers relied on self-reported dietary data, which has been criticized for lack of reliability. The study’s lead author suggested that the gender disparity could be “because women report their diet more accurately or because postmenopausal women are more sensitive to the dietary effect of carbohydrates, sodium and saturated fat.”

One researcher took the study’s findings even further, claiming that what’s actually causing the health problems in women is Bisphenol-A (BPA) in food packaging. The study’s author cited research that claims BPA can interfere with female hormones—research that’s been rejected by major health regulatory bodies like the U.S. Food and Drug Administration.

So take these findings with a grain of salt. If instant noodles hold a special place in your heart, there’s nothing to suggest your beloved snack is uniquely dangerous to it.