Are Most Cancer Cases Really Caused by ‘Bad Luck’? 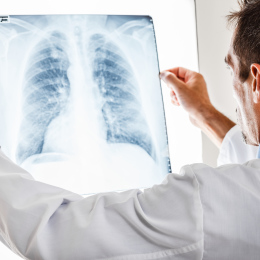 The headlines sound pretty incredible: “Most Cancers May Simply be Due to Bad Luck,” “Two-thirds of adult cancers largely ‘down to bad luck’ rather than genes,” “Study concludes that many cancers caused by bad luck in cell division,” and many many more. They’re all based on a new study published last week in the journal Science.

Since these headlines claim it’s mostly just dumb luck whether you develop cancer, you might be wondering whether keeping that New Year’s resolution to give up smoking or exercise more is really worth it. But don’t light that cigarette just yet.

Simply put, cancer is caused by mutations in DNA. In their new study, authors Bert Vogelstein and Cristian Tomassetti hypothesized that because mutations in DNA can be caused by DNA replication, the more rounds of cell divisions in tissue (and thus more replication of DNA) that occurs, the greater the chance of cancer.

To test this, they examined the data of lifetime cancer risk for 31 types of cancer and estimated a rate of cell division for each type of cancer. The authors found a strong correlation between increased stem cell divisions and frequency of a particular cancer; the paper suggests that 70 percent of the variation in cancer can be explained by the number of cell divisions.

The biggest flaw in the reporting of this study is the paper didn’t find that “two thirds of cancers are due to bad luck,” it found that two thirds of the cancers the authors looked at are attributable to bad luck. A number of cancers, including two of the most common types of cancers—breast and prostate cancer—were not examined.

Vogelstein and Tomassetti’s study is an excellent starting point for more research into the role of random mutations on cancer risk. It’s also helpful to keep in mind when we look at the effectiveness of laws like California’s Proposition 65, which requires the labeling of products and public areas that contain even miniscule amounts of chemicals or ingredients that might cause cancer in animals. This new research may in part explain why putting ubiquitous cancer warnings in all parts of the state hasn’t reduced cancer rates.

But back to that cigarette—lifestyle factors still play a huge role in the development of some of the deadliest forms of cancer. More than 80 percent of lung cancer cases are caused by smoking; quitting can reduce the risk of cancer. Similarly, the risk of skin cancer can be greatly reduced by wearing sunscreen and cutting back on sun exposure.

So while even the healthiest individuals can develop cancer, seemingly without reason, there are still healthy lifestyle choices you can make to greatly reduce your risk of developing many types of cancer and disease.