Are You Feeding Your Family Food Containing Deoxyribonucleic Acid? 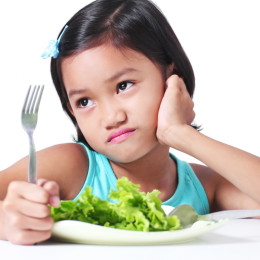 DNA (deoxyribonucleic acid) contains the genetic instructions to develop and maintain life. That means every living organism, down to the tiniest bacteria, contains DNA.  Putting a label on every food product containing DNA would require a meaningless label on virtually everything you can buy in the grocery store.

It’s unlikely most of these respondents realized the meaninglessness of a mandatory DNA label. In our recent survey we found most Americans can’t even answer basic 5th grade-level science questions. As Ilya Somin put it in the Washington Post:

The Oklahoma State survey result is probably an example of the intersection between scientific ignorance and political ignorance, both of which are widespread. The most obvious explanation for the data is that most of these people don’t really understand what DNA is, and don’t realize that it is contained in almost all food. When they read that a strange substance called “DNA” might be included in their food, they might suspect that this is some dangerous chemical inserted by greedy corporations for their own nefarious purposes.

GMOs, like DNA, sound scary. But as a hilarious Jimmy Kimmel survey of visitors to a farmer’s market found, few people actually know what GMOs are. GMOs have been widely studied and an overwhelming number of prestigious scientific and health bodies have concluded that they pose no risk to human health. Yet, a huge number of people still irrationally fear GMO foods.

A label on everything containing DNA or even GMOs would be meaningless and expensive, but at least it wouldn’t be deadly. Many of the same people scared about GMO foods are also scared about vaccine safety, and a new study has found large geographic clusters where children aren’t vaccinated against deadly, but preventable illnesses. Unsurprisingly, we’re seeing more and more outbreaks of once-eradicated diseases like measles in the U.S.

When the general public doesn’t have a basic understanding of science, it’s easy to fan fears of rigorously studied vaccines, foods, and chemicals with dubious studies and scary headlines. But this OSU survey underscores why it’s a terrible idea to make policy decisions based on fear and not scientific evidence.