Are Your Fruits and Veggies Really Covered in Pesticides? 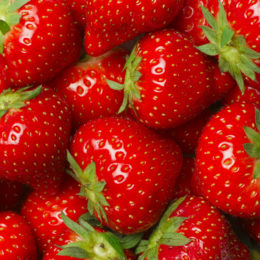 If stories about pesticides in your food seem to be popping up left and right, it’s likely because activists with the Environmental Working Group just released this year’s “Dirty Dozen” list.

The annual guide identifies which fruits and vegetables are the biggest danger to your health. Its reasoning? Pesticides.

The thought of strawberries and spinach poisoning well-meaning Americans certainly sounds scary and generates a host of alarming headlines. But EWG’s weak science and fearmongering arguments are easily exposed.

The organization’s guide is based on USDA and EPA routine testing of a rotating selection of produce. Going by EWG’s list, consumers would have no idea that “more than 99 percent of the samples tested had pesticide residues well below the residue levels established by the Environmental Protection Agency (EPA) and 15 percent had no detectable residue.”(Emphasis added.)

So when EWG admonishes the fact that strawberries contain the most pesticides, and sweet corn the least, the organization is raising a fuss over a difference of about one tenth of one millionth of a gram. That’s far too small a difference to have any significant impact on human health.

To put the EWG’s fearmongering into context, a child could consume 40 lbs of strawberries a day without experiencing any negative effect, even if they consumed the highest pesticide residue recorded for strawberries.  As we’ve shown before, the dose is the essential fact when it comes to assessing the dangers of pesticides or any toxin.

The “Dirty Dozen” and “Clean Fifteen” lists also perpetuate misunderstandings about organic produce and pesticides – namely, that they’re grown without them. In reality, organic produce is grown with pesticides and herbicides that occur in nature, which doesn’t make the compounds safer than synthetic versions by default. Neither natural nor synthetic varieties are permitted to exceed safety levels which the USDA has affirmed “do not pose a safety concern for U.S. food.”

The guides are supposed to direct consumers towards healthy food choices, but in reality, they do just the opposite. Research suggests that the media’s presentation of stories like the “Dirty Dozen” scares low-income shoppers away from buying any produce at all.

Scaring people away from nutritious food is not a great strategy to promote a healthy society.

Remember: fruits and vegetables are keys to a healthy diet, so stick to the science and don’t let the EWG’s artificial fear ruin your appetite.