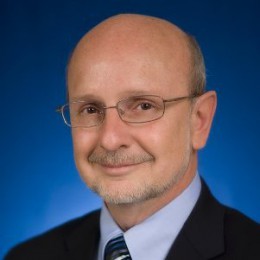 Poor experiment design, accidental contamination, and inadequate data analysis are all major research problems we’ve pointed out on this blog. Now, a new study published in PLOS Biology estimates that problematic research that isn’t easily reproduced may be costing $28 billion per year.

Of course, that doesn’t mean all those studies were complete wastes. Some studies included in that figure did find valid results, but for various reasons (such as confusing methodology) aren’t easily reproduced.

Regardless of whether the figure runs as high as $28 billion, there’s little doubt that an alarming number of scientific studies are marred with severe problems.

One of the biggest problems remains mislabeled cells. For example, a cell line from the National Cancer Institute that has been identified for over twenty years as a breast cell cancer line was actually an ovarian cancer cell line. Hundreds of studies have been published; false leads to drugs and cures for breast cancer have been questioned or discarded. The International Cell Line Authentication Committee has identified 475 contaminated or misidentified cell lines, and more than a thousand studies have been thrown out because of this widespread issue.

Cross contamination and misidentification of cell lines is an issue I’ve been trying to bring attention to for over a decade. In 2007, I organized a group of leading cell biologist from around the world to draft an open letter to the Secretary of Health and Human Services regarding the problem of cell line misidentification. Initial efforts to persuade the National Institutes of Health and journal editors to require cell line authentication prior to grant awards and publication fell on deaf ears. It has only been within the last few years that this problem has been gaining traction in the scientific community.

It’s heartening to see this issue receiving attention, and a greater movement in the scientific community towards verification of cell lines. But it is equally disheartening to have had to wait so many years for change. Science, which is dedicated to accuracy and finding the truth, can be slow to act.  There’s still more to be done—wasting billions in research funding simply isn’t acceptable.