Before You Give Up Canned Food, Read This 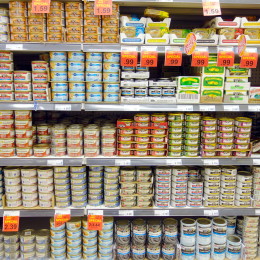 It’s been a big week for BPA news. First, Campell’s announced it was phasing out the use of BPA in its canned foods. Then several environmental activist groups released a report finding that over 60 percent of canned foods still use BPA. But before you start throwing out your canned goods over health fears, let’s break down the research.

There’s a reason BPA is used in canned foods.

BPA is used in an incredible number of products, not just canned food. Because it’s so commonly used, BPA is one of the most studied chemicals on the planet, with tens of thousands of studies into its safety. There are some studies suggesting harmful health effects from exposure to BPA. But even though these studies have been criticized by regulators in the U.S. and Europe, studies finding harmful health effects from BPA tend to get a significant amount of media attention. The scientists at government agencies who determine whether chemicals are safe to use in food packaging don’t care about scary headlines; they care about the weight of scientific evidence.

Based on the available research, the U.S. Food and Drug Administration, European Food Safety Authority, and other health and regulatory bodies around the globe have determined BPA, as it’s currently used, poses no risk to human health.

These assurances haven’t stopped consumers and activist groups from pushing companies to take BPA out of their products or California from adding BPA to its Proposition 65 warning list. (Read more about California’s action here.) But replacing BPA in cans has been challenging for many manufacturers: replacements are often more expensive or don’t work as well to stop acidic foods (like tomatoes) from corroding the can.  It’s therefore unsurprising activists found over 60% of canned food contained BPA.

Consumers, especially low-income consumers who tend to eat more canned food, deserve food that’s inexpensive, has a long shelf life, and won’t spoil or give them food poisoning. These are actual concerns, compared with the virtually non-existent risk of harm from BPA exposure.