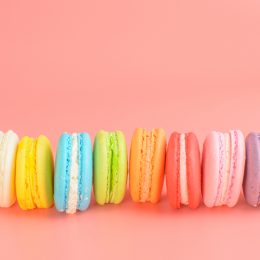 The U.S. Food and Drug Administration is giving food manufacturers 2 years to remove a handful of artificial flavors from drinks, baked goods, ice cream and other foods for having ties to cancer in laboratory animals. Sounds like a straightforward situation, right? Spoiler alert: it’s not.

The change sprang from a petition arguing that since megadoses of six ingredients — benzophenone, ethyl acrylate, methyl eugenol, myrcene, pulegone and pyridine — cause cancer in laboratory animals, their use as food additives breaks federal law. However, even as the agency announced the ban, it was sure to specify that all the banned ingredients “are unlikely to pose a potential or significant carcinogenic risk for humans at the levels that these synthetic flavoring substances are used in foods.” Translation? We think they’re safe, but the law requires us to ban them anyway.

So additives both cause cancer and don’t? That’s a premise convoluted enough to make Schrödinger proud.

As our Research Director Breanne Kincaid explains in an opinion piece that recently ran in The Daily Caller,

“Scientists believe the majority of the banned flavorings cause cancer in ways that simply aren’t possible in humans. Benzophenone, for example, likely produces kidney tumors in male rats when the animal is also sick with an age-related disease called chronic progressive nephropathy. Humans can’t get this disease, so scientists don’t believe we have the correct biological pathway, called a “mode of action”, that turns benzophenone from a flavor enhancer to a tumor generator.

For methyl eugenol, the only of these artificial flavors with a mode of action that does exist in humans, FDA scientists believe the extremely high doses — 220,000 to 890,000 times higher than the upper estimate of human dietary exposure — were responsible for overloading the animals’ normal functions.

High-dose studies are important for discovering a chemical’s worst-case scenario so that researchers know which small changes to look for once they conduct lower dose studies. Unfortunately, the implications of the initial search are exaggerated all too often by those looking for a quick fix for one of society’s most deadly diseases.”

To find out more about how an outdated law forced the FDA to ban ingredients that likely aren’t harmful to humans, read the full article online at DailyCaller.com. And if you’re curious about how toxicology has advanced in recent years, check out this extended explanation on Medium.