Bugs in Your Lipstick! 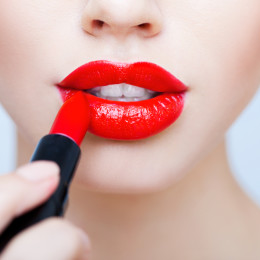 Dr. Oz grossed out his audience this week by “revealing” a not so secret fact: some cosmetics contain parts of dead insects. Dr. Oz’s guest, Andrea Robinson, explained to horrified audience members that red cosmetics contain carmine, a dye extracted from the bodies of Cochineal insects.

That horror was completely unfounded.

The apparent revelation, of course, is not shocking to those who know that the use of carmine as a dye is widespread in the beauty and cosmetic industry and is also regularly used in food products. In fact, the ancient Aztec and Maya peoples used carmine safely hundreds of years ago.

And not only is carmine very natural and entirely safe, there’s evidence that its production helps reduce poverty and increase female literacy in impoverished areas of Mexico where it is harvested. These social benefits likely occur in Peru as well, another major exporter of carmine.

Despite its harmlessness to users and benefits to producers, Dr. Oz advises his audience, “If it bothers you that you could be spreading dead bugs on your face, look for another brand that doesn’t contain carmine.”

Oddly enough, “America’s Doctor” continuously promotes the use of honey, which is produced by bees storing nectar in their stomachs then vomiting it out once back at the hive for further processing by other worker bees.