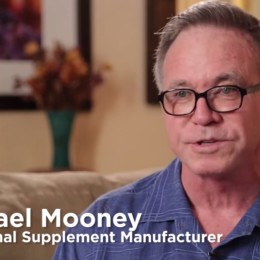 Prop. 65 a burden on small businesses, bonanza for lawyers

California’s chemical labeling law, known as Proposition 65, has long been criticized for costing businesses millions in frivolous lawsuits without doing much to improve public health. Gov. Jerry Brown tried to ease the law’s burden on businesses, signing modest reforms into the law in 2013. But instead of helping curb these out-of-control lawsuits, newly released figures show the amount of money paid by businesses last year to settle Prop. 65 lawsuits actually increased by a whopping 68 percent from 2013.
Passed by voters nearly three decades ago, Prop. 65’s intent was to lower Californians’ exposure to chemicals that may cause cancer or reproductive harm by requiring businesses to label products containing these substances. As of today, the state has a list of over 800 substances that require warnings. Yet, as a wide-ranging study by California Polytechnic State University Professor Michael Marlow finds, “public health has not demonstrably improved because of Proposition 65.”
Instead, Prop. 65 has been a windfall for the state’s trial lawyers. The law’s unique “bounty hunter” provision gives private citizens the ability to enforce the law and collect a portion of the penalties businesses pay. With fines for a single violation reaching up to $2,500 per day, there is a huge incentive to make easy money off businesses that unsuspectingly violate the law.
My organization, the Center for Accountability in Science, reached out to small businesses who’ve been targeted by bounty hunters.
Christina, vice president of a California small business, explained: “This letter arrives, and I owe $50,000. It was pretty stunning … to randomly be hit with this thing, that I didn’t know I even had to abide by … the only way that [the product in question] could have even been an issue to cause cancer is if you ingested the actual product, which is about four feet long.”
If she were talking about a hoagie that would be one thing, but she’s talking about a case that holds a musical instrument. It’s not exactly on your average menu.
Michael, a nutritional supplement manufacturer, said Prop. 65 lawsuits have “cost us over $3 million” and noted “the lead limit in Prop. 65 is arbitrary. It’s not based on science, and it doesn’t agree with FDA’s perspective on what’s toxic.”
In 2014 alone, Prop. 65 cost businesses more than $29 million in settlement payments. Since 2000, California businesses have paid more than $228 million in settlements with about two-thirds of that money going to attorneys in legal costs and fees.
As the state adds more chemicals to its warning list each year, these lawsuits become even more ubiquitous – especially since the state has such a low threshold for which products might be dangerous. In fact, to earn a spot on Prop. 65’s growing list, a chemical only needs to cause one excess case of cancer in out of 100,000 individuals over a 70 year period, and the state doesn’t even require that a chemical be shown to cause health problems in humans.
California must reform Prop. 65.

One of the most basic problems with the regulations is its asymmetric interpretation of what chemicals are safe and unsafe. Currently, California defers to “authoritative bodies” (U.S. EPA, FDA, etc.) to determine when a chemical is potentially harmful, but is not required to do so for chemicals that are considered “safe.” For example, the state just placed bisphenol A on its warning list after the FDA published another comprehensive review showing the chemical’s safety and even wrote to California urging it to refrain from listing BPA. An essential first step in reforming Prop. 65 would be requiring the state to be fully guided by the decisions of these authoritative bodies.
Additionally, the state must develop comprehensive “safe harbor levels” – which allow businesses to determine if a chemical is present in their products at a level that actually requires a warning. As of now, California has only established these levels for a small number of chemicals, leaving business unsure of when they’re violating the law.
To be clear, these modest reforms will not solve all the problems created by this onerous law. But California must stop lawyers’ pilfering of businesses, and try to implement a public health regulation that actually serves the public.
Dr. Joseph Perrone is the chief science officer at the Center for Accountability in Science, a project of the nonprofit Center for Organizational Research and Education.