Calling TIME Out on Plastic Alarmism 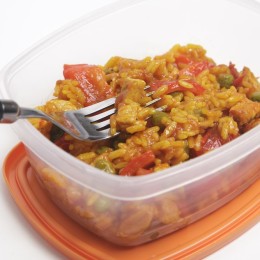 There’s no shortage of news reports and websites with scary messages about chemicals, but two articles this week caught our attention. First, TIME magazine engaged in a bit of click-baiting this week with a health article warning about common plastics: “That Plastic Container You Microwave In Could Be Super-Toxic.”

Next, an article at the Philadelphia Inquirer’s website, although written by two Ph.D.’s, adds to misinformation. It is generally accepted by dietitians that an unhealthy lifestyle, namely overconsumption of calories and/or inactivity, leads to weight gain. The authors, however, posit that chemicals may be making us fat. Specifically, they point to BPA and phthalates, which they call endocrine disruptors, and warn people to ditch plastic containers and non-stick pans.

The Inquirer story relies on last month’s faulty study finding that people who reported consuming more fast food had slightly higher levels of two kinds of phthalates in their blood. The levels of phthalates for all groups studied were extremely low, and the study relied on self-reported data of what people ate—a notoriously unreliable data set. (Can you remember what you ate two weeks ago?) Contrary to what the Inquirer authors claim, the study found no association between BPA and fast food intake. And lastly, the study didn’t show that eating fast food caused an increase in phthalate levels. Correlation is not causation; after all, ice cream sales and shark attacks both tend to rise at the same time of year, but this association isn’t causative. In fact, perhaps it’s not chemicals that lead to weight gain—it could simply be eating too much fast food.

The authors also claim that phthalates “may” cause genetic changes, referring to a new theory called epigenetics. However, two recent studies in Environmental Health Perspectives found no association between prenatal exposure to phthalates and obesity.

Further, calling BPA an endocrine disruptor is not accurate. The European Food Safety Authority (EFSA) states, “based on [World Health Organization] criteria, it is not possible to conclude that BPA is an endocrine disruptor.” The agency further notes, “EFSA’s scientific experts concluded that BPA poses no health risk to consumers of any age group (including unborn children, infants and adolescents)” and that current available evidence shows no low-dose health effects of BPA.

Or, in short, “BPA poses no health risk to consumers because current exposure to the chemical is too low to cause harm.” The U.S. Food and Drug Administration has a similar position.

Meanwhile, TIME warns against using microwave-safe containers, arguing that phthalates and BPA can leach into food. Well, there’s one important thing readers should know: Phthalates are not generally used in containers meant to go in the microwave.

As Harvard Medical School has noted, “The FDA requires manufacturers to test these containers using tests that meet FDA standards and specifications. It then reviews test data before approving a container for microwave use.” So if you’re microwaving food in a plastic container, be sure you’re using something that is labeled microwave-safe.

The hypothesis that low-dose exposure to everyday chemicals poses human health risks still lacks evidence. Until and unless evidence emerges, we should put stories like these in the garbage.