Child Fire Safety Goes Up In Flames with Government Ban 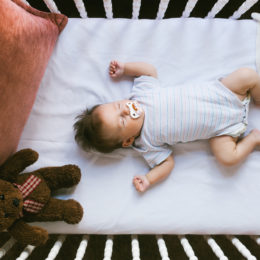 Surely it would make sense to ban them if every organohalogen flame retardant (try saying that five times fast) were more dangerous than the fires they prevent. But it doesn’t take a rocket scientist to know that’s not the case.

But first, what are “organohalogen flame retardants” anyway? Their name is pretty revealing – they’re a class of organic compounds that contain a halogen molecule (fluorine, chlorine, bromine, or iodine) attached to a carbon atom, and they prevent the spread of fires. Materials chemists have gotten pretty darn talented in the past several decades, which is why dozens of molecules that are currently used to protect people from fires fit that bill. And since each of these molecules are made up of a different arrangement of atoms, they also have different properties and interact with our bodies in different ways.

Take TBBPA for instance, which is an organohalogen flame retardant (with bromine!) woven into plastics to prevent electronics from going up in flames. When the European Food Safety Authority evaluated the safety of TBBPA, they found “dietary exposure to TBBPA in the European Union does not raise a health concern.” Canada’s health agency also agreed that TBBPA introduces “low risk of harm to organisms and the broader integrity of the environment.”

TBBPA is safe – it’s cleared hurdles in countries with some of the most risk-averse regulations around. But TBBPA is also an organohalogen flame retardant, which means our own Consumer Product Safety Commission will recommend electronics manufacturers not to use it.

By banning the entire class of chemicals, the Consumer Product Safety Commission eliminated an incredibly valuable resource for preventing fires. That’s where the real risk comes in: flammable products can’t just go to market without being treated in some way with flame retardants because they wouldn’t be safe. By eliminating an ingredient that’s perfectly safe, manufacturers will be forced to turn to other options which may not have been sufficiently studied to ensure their safety.

While chemistry and safety both thrive on innovation and every new generation of flame retardant materials are safer than the last, it doesn’t make sense to eliminate a good option in the hopes that a better one might someday come along.