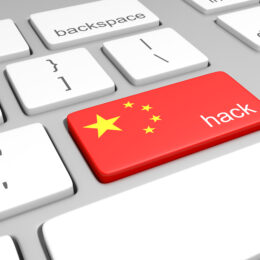 David Cox, an artificial intelligence expert in Cambridge, Massachusetts, was recently a victim of identity fraud. Unlike the standard victim, his identity wasn’t used to open a new credit card or bank account. Instead, Cox’s identity was used to dupe academic publishers into approving research papers written by Chinese nationals.

Cox uncovered the fraud while doing research of his own. He spotted his name listed among the co-authors of a paper on artificial intelligence and clicked on the bio to see what the man who shared his name looked like. He was shocked to see his own photograph.

Two other MIT researchers have similarly had their identities used on research papers that have been published in academic journals. According to a report from Wired, Chinese nationals have been offered a financial reward by the Chinese Communist Party for being published in Western academic journals. Poaching the identity of an American expert increases the likelihood that research will be accepted.

It is not at all surprising that Chinese researchers would attempt to do this. The Chinese Communist Party has encouraged intellectual property theft for years to the detriment of U.S. academics and engineers. But this shouldn’t have been able to happen.

The system of peer review is supposed to be a strenuous, painstaking review of every detail within a project to ensure that the underlying science was sound. This ensures that the research is not erroneous or done with malicious intent to defraud the public with phony — or even dangerous — findings.

The three papers that included identity theft victims as co-authors were published in Cluster Computing, a niche technology journal, and IEEE Transactions on Industrial Informatics. IEEE quickly retracted the single paper it had published by the Chinese authors after Cox raised the issue with the publisher. A spokeswoman for IEEE said that an internal review revealed that there was a “violation of IEEE’s policies” that allowed the error to slip through the cracks.

Cluster Computing, which is published by Springer Nature, however, refused to retract the two stories it had published until Cox threatened legal action. Springer Nature claimed that they had verified Cox’s identity before publishing. The “verification,” however, was just a confirmation email sent to a Hotmail address.

Cox said the identity fraud will “undermine public trust in peer review,” which he argued has been failing for years. He said that lots of poor-quality work have been approved under the guise of allowing academic dialog.

“In some sense, I think what happened to me was the system working ‘as it should,’” he said. “The whole thing is about fabricating the appearance of scholarly dialog.”

This deep flaw in the process of peer review can have real-world consequences. Policy decisions are made based on this research and if all it takes is a Hotmail email address and a photograph ripped from a university website to earn validity at scientific journals, it isn’t difficult to see how this can open the door to further abuse.

Cox’s identity theft is a reason the scientific community needs more transparency, not less. Recently, officials at the Environmental Protection Agency allowed a rule to be overturned that would have required that the agency prioritize studies that have their raw data available to the public. Supporters of the rule said that access to the raw data is vital to ensuring that the science used in policymaking is sound.

Still, the EPA has stuck by its decision to let the rule be overturned. Cox’s story should be a reminder to officials at the EPA that mistakes — malicious or not — can compromise the integrity of research. The agency should take as many steps as possible to ensure that does not happen, including reinstating the data transparency rules.