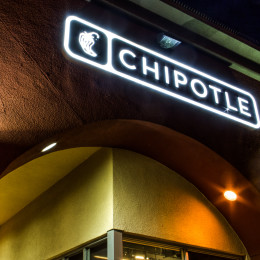 As Chipotle announced its move to remove genetically modified ingredients from its restaurant,  co-CEO Steve Ellis repeated one of the most popular myths about GM foods:

There is a lot of debate about genetically modified foods…Though many countries have already restricted or banned the use of GMO crops, it’s clear that a lot of research is still needed before we can truly understand all of the implications of widespread GMO cultivation and consumption. While that debate continues, we decided to move to non-GMO ingredients.

He’s wrong. GMOs are incredibly well studied. There have been nearly 2,000 recent studies of the impact of GMOs on human health and the environment. Based on this vast body of research, every major scientific body around the globe agrees that GMOs pose no risk to our health.

It’s true that many countries have restricted or banned the use of GM crops. But that doesn’t mean they aren’t safe—just that activists have successfully swayed politicians. As former anti-GMO activist Mark Lynas  wrote in The New York Times this weekend:

In Africa, however, countries have fallen like dominoes to anti-G.M. campaigns. I am writing this at a biotechnology conference in Nairobi, where the government slapped a G.M.O. import ban in 2012 after activists brandished pictures of rats with tumors and claimed that G.M. foods caused cancer.

The origin of the scare was a French scientific paper that was later retracted by the journal in which it was originally published because of numerous flaws in methodology. Yet Kenya’s ban remains, creating a food-trade bottleneck that will raise prices, worsening malnutrition and increasing poverty for millions.

In Uganda, the valuable banana crop is being devastated by a new disease called bacterial wilt, while the starchy cassava, a subsistence staple, has been hit by two deadly viruses. Biotech scientists have produced resistant varieties of both crops using genetic modification, but anti-G.M.O. groups have successfully prevented the Ugandan Parliament from passing a biosafety law necessary for their release.

Chipotle is an incredibly popular brand and a darling of investors. It’s no surprise that the media has jumped over the company’s latest announcement. What is surprising that few outlets have challenged Chipotle’s assertion that GMOs need more study—even The New York Times article on the company’s announcement failed to include a single mention of the science showing GMO safety. That’s the same outlet that ran Mr. Lynas’ op-ed days earlier and ran an excellent article challenging the science behind efforts to ban GMOs in Hawaii.

Chipotle’s move and the media coverage surrounding its decision only embolden the anti-science activists who propagate myths about GMOs and confuse consumers about the actual science supporting GMO safety.