Chipotle’s problems are bigger than it thinks 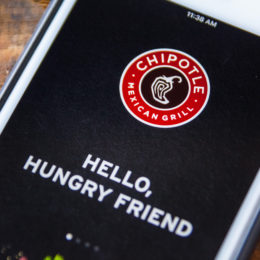 Last week, our chief science officer Dr. Joseph Perrone wrote an opinion piece for The Hill, criticizing Chipotle for allowing food safety to take a back seat to the chain’s buzzworthy “GMO-free” and “preservative-free” branding. You can read a portion of the piece below, or see the piece in its entirety on The Hill website:

After intermittent cases of foodborne illnesses in 2016 and Chipotle-linked outbreaks of E. coli in fourteen states the year prior, the fact of the matter stands that marketing gimmicks like “GMO-free” and “preservative-free” don’t make food any safer. At worst, the feel-good fluff leaves both customers and employees with a false sense of security over the safety and quality of such ingredients.

According to Pew Research Center, a majority of Americans believe organic produce is healthier, and many erroneously believe it to be safer than conventional or genetically engineered alternatives. Yet Chipotle’s most recent shareholder report was right to caution that the chain “may still be at a higher risk for food-borne illness occurrences than some competitors due to our greater use of fresh, unprocessed produce and meats” and a preference for traditional cooking methods. A disclosure filed by Chipotle in 2015 identified local and organic products as additional sources of contamination.

It shouldn’t come as a surprise. Certain organic practices like cultivating produce with “all-natural” fertilizer (manure) risk exposing organic fruits and vegetables to fecal microbes like E. coli and norovirus. Alarmingly, a 2014 Yale University study identified organic manure as a significant source of antibiotic-resistant bacteria — even if cattle producing the manure had never been exposed to antibiotics themselves.

But dirty produce is far from the organic industry’s greatest sham.

The primary reason consumers choose organics is to avoid pesticide residues, and concerned shoppers are willing to pay a hefty premium — over 300 percent, in some cases — in that endeavor. While synthetic pesticides are generally not permitted in organic agriculture (less than roughly one dozen exceptions allowed under the National Organics Program), organic pesticides are far from safe.

In a head-to-head comparison of popular organic and synthetic pesticides, copper sulfate and pyrethrum, the “natural” pest killers, were both toxic at lower doses and had a more severe impact on non-target species than their synthetic counterparts. Even glyphosate, arguably the most harried weed-killing chemical, is 40 times less toxic than caffeine.

As cellular and molecular biologist Dr. Christie Wilcox asserts in Scientific American, “there is nothing safe about the chemicals used in organic agriculture. Period.”

But when the guise of being pesticide-free convinces an employee (or consumer, for that matter) to devote less attention to washing organic fruits and vegetables, the benefits of green messaging are flushed away faster than… well… you get the picture.