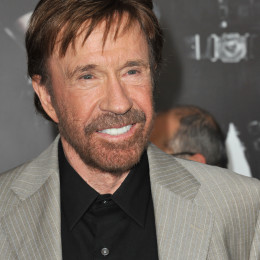 Chuck Norris, the legend whose tears can cure cancer (though he’s never cried), is the subject of countless memes. Chuck Norris, the actual man, is a columnist who recently used his media platform to spread serious misinformation about the safety of food packaging.

In his recent column, Norris questioned the safety of bisphenol A (BPA), which is used both to keep canned food from spoiling and in plastic food packaging. The Food and Drug Administration and the European Food Safety Authority have both issued comprehensive reviews of research on BPA’s safety and concluded that it poses no risk to human health as it’s currently used.

But Chuck Norris isn’t satisfied by their analysis of hundreds of studies of BPA. Norris writes, “Missing in this equation is the fact that the FDA doesn’t consider cumulative dietary exposure. The risk assessments have been done only one chemical at a time, which is not how we eat…. While we wait for the breakthrough study to conclusively show what these chemicals are actually doing in the body, we are told to rely upon ‘the best science available’ – however you determine it.”

The FDA and EFSA took the many ways we’re exposed to BPA into account when they determined BPA poses no health risk. BPA is the most studied environmental chemical. No matter how many studies are published showing that BPA poses no risk to our health, activists on the other side have invested significant time and resources into convincing the public it isn’t safe.

It’s also worth noting that BPA is not something manufacturers have simply not taken the time to take out, it’s added to serve a worthy purpose–to keep food from spoiling and safe. If manufacturers took it out, they would need to replace it with something else. That something else is guaranteed to have less research and scrutiny than BPA. So when you see “BPA-free,” you should be wondering what is actually in the product.