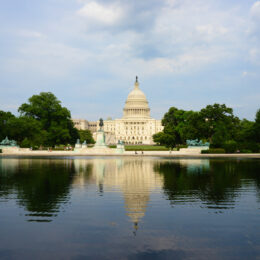 More than $55 billion of the $1 trillion Infrastructure Investment and Jobs Act will go toward improving tap water infrastructure throughout the country. The bill, which passed the House and Senate, is expected to be signed into law by President Biden on Monday.

The funding is badly needed. The American Society of Civil Engineers reported that one water main breaks every two minutes in the United States. When water mains break, treatment centers lose water pressure and serious contaminants, including E. coli, can get into the water supply. More than 530 cities have issued boil water advisories so far this year, according to our database at IsTapWaterSafe.com.

In addition to crumbling water mains, many cities are struggling with lead contamination due to old pipes. No amount of lead is safe to consume and it can lead to serious issues in children and adults.

PFAS, sometimes referred to as “forever chemicals,” are yet another tap water issue the infrastructure bill aims to address. These chemicals, which were used for years to make water-resistant coatings like Teflon, have been tied to serious ailments, including some cancers.

This bill is supposed to address these issues.

Roughly $15 billion will go toward replacing lead pipes in cities like Benton Harbor, Michigan. About $10 billion will go toward addressing PFAS contamination in the water supply. The Drinking Water State Revolving Fund and the Clean Water State Revolving Fund, programs that help states and municipalities maintain and build water treatment centers, will receive more than $11 billion each over the next five years.

While these policies are certainly a step in the right direction, some believe the $55 billion is only a drop in the bucket of what our water supply really needs. The American Water Works Association, for example, estimated that replacing all the lead pipes in the U.S. would take $60 billion. That is $5 billion more than was allocated for all drinking water projects; not just the lead pipe issue. And even if there were enough funding to address all the problems, it will still take years to implement the changes.

The infrastructure package is not an overnight fix. And even as the repairs are being done, construction accidents can lead to long-lasting water outages. Families should do what they can to ensure they are ready for a tap water emergency. FEMA recommends storing enough bottled water for each person in the household to have one gallon per day for drinking and sanitation.