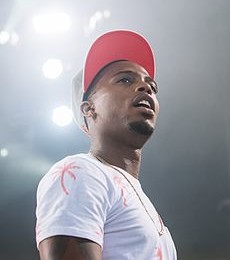 Dr. Joseph Perrone published a new op-ed in The Hill this week discussing the fringe activists who ignore the overwhelming body of scientific research showing vaccines and genetically modified foods are safe. You can read his piece on The Hill’s website or below.
Death, taxes, and conspiracy theories. No matter how many peer-reviewed studies scientists produce, there will always be conspiracy theorists with outlandish alternatives to the generally accepted scientific consensus. Sometimes these ideas are just silly, like Rapper B.o.B. believing the Earth is flat. But other inaccurate theories, like insecticides cause birth defects, genetically modified foods are dangerous, and vaccines cause autism, have serious public health consequences.

For months, the global health community has been desperately trying to determine whether the mosquito-transmitted Zika virus is responsible for an alarming uptick in a birth defect, microcephaly. Though there’s strong evidence of a link, conspiracy theorists have offered an alternative explanation for the rise in birth defects: chemicals.

Recently, an Argentinian activist group, Physicians in the Crop-Sprayed Towns, released a “report” blaming the use of pyriproxyfen, a larvicide used against mosquitoes, for microcephaly. It quickly caught fire with activist groups in the U.S., especially as mainstream media outlets covered the report. Before long, it morphed into an entirely factually incorrect meme blaming Monsanto for microcephaly that was shared by millions of Facebook and Twitter users, including actor George Takei.
There are so many holes in the activists’ report, it seems surprising anyone took it seriously. By now, the report has been thoroughly debunked by top toxicologists, the Brazilian Health Ministry, and many health writers who all point out pyriproxyfen has never been linked to birth defects, has been used safely around the world (including in parts of the U.S. and Europe) for years without incident, and is approved for use in drinking water by the World Health Organization.

Even more worrisome, some areas of Brazil are pulling back their use of pyriproxyfen. That means more mosquito larvae will survive to adulthood, with more carriers for Zika and deadly diseases including yellow and dengue fever.

Despite mounds of evidence dismissing the activists’ scaremongering, there are still dozens of stories on popular “natural news” sites touting the insecticide/microcephaly link.

In fact, some of these pseudo-scientific sites have taken the Argentinian theory even further. In response to the microcephaly scare, “natural health” website Mercola ran a story blaming the uptick in microcephaly on a 2015 mandate that Brazilian women receive the Tdap (tetanus, diphtheria, and pertussis) vaccine. (Never mind the millions of pregnant American women who have received the shot for years with no increased incidence of microcephaly.)

The alleged microcephaly link is just the latest inaccurate theory in a long line of anti-vaccine rhetoric.

There’s absolutely no evidence of a link between vaccines and autism, but websites like Mercola’s and celebrities like Jenny McCarthy and Jim Carey still claim a link. They’ve convinced an alarming number of parents to refuse to vaccinate their children, a misguided decision that has been blamed for recent measles and whooping cough outbreaks in the U.S.

While we haven’t confirmed whether these anti-vaxxers also endorse B.o.B’s flat earth claims, the same activist groups and websites that believe vaccines are dangerous also believe in a vast conspiracy to hide the “truth” about genetically modified foods.

Anti-GMO activists claim the government should require labels on GMOs because they haven’t been well studied and could pose health risks. There’s simply no credible research to support this point of view. Major health and science organizations around the world, including the World Health Organization, National Academy of Sciences, and American Medical Association declare there’s no evidence GMOs pose any risk to our health or the environment.

In fact, genetic modification helps farmers feed more people using less land and fewer resources. It can even be used to develop more nutritionally dense foods to fight disease, like the development of Golden Rice to fight childhood blindness.

Mandating labels for GMOs isn’t necessary and caves in to the anti-GMO rhetoric that these foods are somehow unsafe. That is why Congress is currently considering legislation introduced by Sen. Pat Roberts (R-Kan.) that would make labeling foods containing genetically modified ingredients (GMOs) voluntary, not mandatory, as activists demand.

We may never to be able to convince these stubborn, anti-science activists that these scientific and medical advances are safe. But we can’t let the small minority rule our public policy on health and science. Congress can take a strong first step by ignoring the anti-GMO crowd and acting on Roberts’ bill.