Could EU “Hostility” toward GMOs Cause Global Famine? 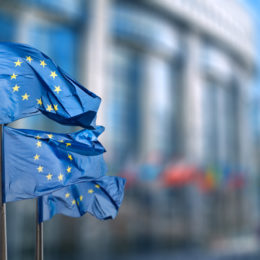 A senior official within the United States Department of Agriculture warned that the European Union’s aversion to genetically modified crops (GMOs) could have dire consequences. Genetically modified crops like corn have been altered to make them resistant to insects or disease and increase production rates for farmers. Scientists have also found ways to benefit consumers. Yet GMOs have faced opposition from environmental and organic food lobbies.

Ted McKinney, the USDA’s undersecretary for trade and foreign agricultural affairs, told Farm Europe, an agricultural think tank, that European restrictions on GMOs could lead to famine and starvation for future generations, according to a report from Politico. He warned that the European Union should stop espousing their misguided hatred toward GMOs to the rest of the world.

“Europe is choosing to export this philosophy and dictate to other countries around the world,” McKinney said. “What do we say to our kids and our grandkids when famine and starvation sets in, and it will, it will.”

The European Union has placed strict restrictions on GMOs because they believe the genetically modified plants and animals could have adverse effects on humans and the environment, despite evidence to the contrary.

Farm Europe noted during their event with McKinney that the European Commission had a goal of reducing the amount of pesticides used in Europe. McKinney explained that American farmers have been able to reduce their pesticide usage by growing genetically modified crops that can fend off pests without additional chemicals. He doubted that European farmers would be able to cut back pesticides without leaving their non-GMO plants vulnerable to pests.

McKinney also ripped into European Union officials for doubting the safety of food produced by American farmers when the U.S. did not criticize them for allowing mad cow disease or African swine fever to spread throughout the continent.

“It’s unfortunate that the European Union chooses to diss us on our food, denigrate us, criticize us … Europe is the only place in the world that does that to us. We talk about chlorinated chicken and hormone beef and big industrial agriculture … We don’t criticize you even though you’ve got African swine fever ravaging parts of Germany and Poland and other parts. Back when mad cow disease came to the U.K. — what an unfortunate incidence — we did not criticize Europe. So why is the criticism coming our way?” he asked.

The European Union’s fears about GMOs are not rooted in sound science. The reality is that GMOs pose no risk to human health, decrease the demand for pesticides, and lead to stronger yields needed to feed a growing population.