Could Vaccine Science Get Trumped? 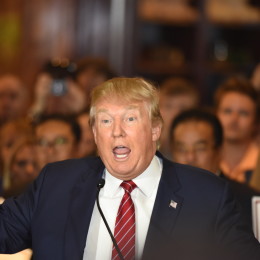 Vaccine safety has been in the news as of late after president-elect Donald Trump separately met with leading vaccine critics Andrew Wakefield and Robert F. Kennedy Jr., the latter of whom is reportedly being considered to head a committee on vaccine safety.

We shudder at the thought.

Dr. Joseph Perrone, our chief science officer, even weighed in on the subject.

Like all medicines, vaccines carry a small risk of side effects. Mild fever, fatigue, injection site pain and swelling are some of the most common. Far less common side effects include allergic reaction, which occurs in about one in one million cases, and fever-related seizures, which occur in three in ten thousand cases where multiple vaccines are administered at the same time. If a child has a suppressed immune system or is already prone to seizures, these risks may lead their pediatrician to decide against vaccinating. The health of these children is then dependent on high vaccination rates, so that diseases spread less readily.

Absent from these concerns is a “risk” of autism, which activists like Wakefield and Kennedy spout.

Studies involving over 1.2 million children have thoroughly disproven any such claims.

UNICEF estimates that vaccines prevent 5 million deaths every year. That number may slip if an institution as highly regarded as the White House casts doubt on the medical value of vaccination.

A President who lends legitimacy to the anti-vaxxer community is no friend of public health.