Court Rules: Scientific Evidence is No Good in Europe 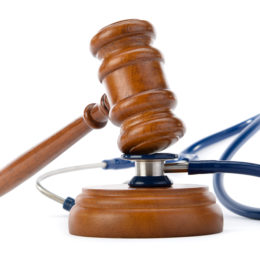 Yesterday, the European Union’s highest court ruled in favor of allowing lawsuits that allege vaccines to be the cause of an illness, even if zero scientific evidence suggests a link between the two. Understandably, the scientific community is outraged, calling the decision “illogical and confusing to the public.”

By the court’s reasoning, if a previously healthy individual with no family history of a disease were to exhibit symptoms of a disease in a timely manner after receiving a vaccine, it’s proof enough that the vaccine was its cause.

Similarly, there is no scientific evidence to show that reading as a child causes blindness, or that wearing a helmet while cycling puts you at risk of a wayward lightning strike. But heck, we might as well ban them – just in case.

Dr. Paul Offit, a pediatrician and researcher at the University of Pennsylvania, chided the decision, saying, “[u]sing those criteria, you could reasonably make the case that someone should be compensated for developing leukemia after eating a peanut butter sandwich.”

According to the World Health Organization, vaccines have helped 37 and 35 European countries eliminate or interrupt the spread of measles and rubella, respectively. Yet if a handful of children are diagnosed with obesity, come down with an ear infection, or show signs of asthma within months of receiving a measles vaccine, courts would likely be able to deem the vaccine as defective or injurious, and take it off the market.

For a quick example of what will happen if entire communities are not vaccinated against the extremely contagious disease, look no further than Minnesota. After anti-vaccine groups convinced a Somali immigrant community not to vaccinate their children for fear of autism, the community experienced the state’s largest measles outbreak in two decades. 95 percent of the 78 cases were either never vaccinated against measles, or did not finish the vaccine’s full course.

It bears repeating that there. are. no. links. between. vaccines. and. autism.

Europe’s verdict is incredibly concerning, as it paves the way for the complete erosion of science in major public health decisions.