Home  ⁄  Periodic Fables  ⁄  Science on Tap  ⁄  Dangerous Levels of Arsenic in Wine? Not So…

Dangerous Levels of Arsenic in Wine? Not So Fast 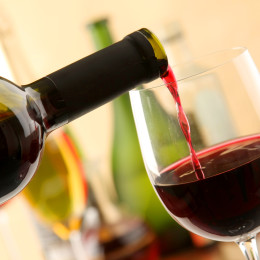 The internet has been buzzing about a new lawsuit claiming that popular wine brands contain “extremely high levels of arsenic.” But a closer examination of the “research” behind this lawsuit and the scary headlines shows that wine lovers don’t really have much to worry about.

The plaintiffs are comparing the level of arsenic found in wine with the U.S. Environmental Protection Agency’s limit for arsenic in water, which is seriously misleading. The EPA’s drinking water standard considers that water is consumed in high quantities, used for cooking and other purposes, and is consumed by more vulnerable populations like children. No one is drinking that same level of wine as they are water. (If they are, they have way more pressing problems than arsenic poisoning!)

There’s also some doubt as to the accuracy of the lawsuit plaintiff’s arsenic readings. As CBS News, the original source of the story, reports: “CBS News also spot-checked and tested the four wines listed in the lawsuit. They were not the same vintages, but the arsenic levels were all considerably lower than BeverageGrades’ results.”

So despite these scary headlines, there’s no reason to pour your favorite wines down the sink. The risk of health problems from arsenic is incredibly small, especially when balanced with the potential health benefits of regularly consuming responsible amounts of wine.