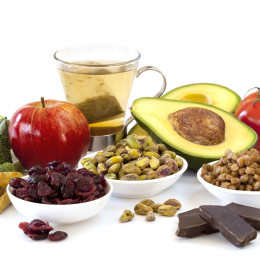 Antioxidants are substances that are thought to prevent or delay some types of cell damage and help the human body fight against free radicals. These free radicals have been blamed for contributing to diseases such as cancer, heart disease, and cognitive decline. Vitamins C and E and beta carotene, found in many fruits and vegetables, are among the most studied dietary antioxidants. Because some studies showed people who didn’t eat antioxidant-rich fruits and vegetables were at higher risk of developing many chronic diseases, scientists began studying the impact antioxidants have on disease prevention.

Researchers from the University of Texas Southwestern Center published a new study in Nature and found that antioxidants may be accelerating cancer’s growth and spread in mice. The same effect has been observed in humans: According to one of the study’s lead authors, Dr. Sean Morrison,  some clinical trials in which cancer patients were given antioxidants “had to be stopped because the patients getting the antioxidants were dying faster. Our data suggest the reason for this: cancer cells benefit more from antioxidants than normal cells do.”

Another study, published this month’s Science Translational Medicine, found early evidence that antioxidant supplements increased the rate of melanoma (a type of skin cancer) growth and spread in mice.

In both cases—mouse and human trials—patients were given antioxidants in supplement form. There’s no evidence that consuming a balanced diet filled with antioxidant-rich fruits and vegetables has any negative health effects. Before you take any medicine, including nutritional supplements, you should consult your physician about potential health risks and side effects.