Do Cellphones Cause Cancer? 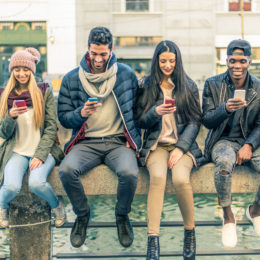 The studies found that after exposing rodents to the highest levels of radiofrequency radiation (the same kind emitted by cellphones), some male rats – but no females, and no mice of either sex – developed tumors in the nervous tissue around the heart. Interestingly, rats with the highest exposure also tended to live longer.

So what do the results mean? Do cell phones make us live longer? Or do they cause cancer?

The research looked at more than 3,000 rats and mice exposed to high levels of radiofrequency radiation over their lifetime. The lowest level of radiation was similar to the highest amount cellphones are currently allowed to emit, although cellphone radiation is typically much lower than this maximum. The highest doses studied were about 10 times that amount, which the NTP notes is “much greater than what people experience with even the highest level of cell phone use.”

Needless to say, the lead researcher explained that the findings “should not be directly extrapolated to human cell phone usage.”

Realistically, cellphones can’t expose someone to the amount of radiation seen over the course of these studies. But looking at high dose studies is helpful for figuring out what radiofrequency radiation can do to tissue, even if it’s not cell phones that do it.

So do cell phones cause cancer? No, probably not. When asked whether the results would impact their own cellphone use, scientists with the FDA and NTP had the same answer: No way.