Home  ⁄  Periodic Fables  ⁄  Nutrition  ⁄  Do Hotdogs and Bacon Cause Cancer?

Do Hotdogs and Bacon Cause Cancer? 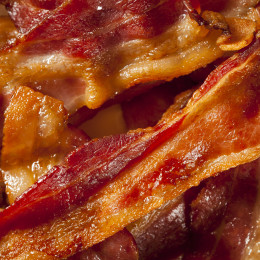 Before you swear off steak and hotdogs, however, you might want a bit more context.

It’s difficult for researchers to determine whether some study participants who ate higher levels of red and processed meats had slightly higher rates because the meat causes cancer or if there were other factors involved.

As we’ve reported before, nutrition science is very tricky. (For more on the problems with nutrition science check out this recent column from the New York Times.)  It’s incredibly difficult to design and execute experiments to control the diets of thousands of study participants to test whether individual foods cause (or prevent) cancer and other health issues. Instead, scientists are forced to rely on observational studies that look at the diets of many participants and look for patterns with food intake and health outcomes. These studies offer clues about the impact of certain foods on our health, but can often overstate the correlation between certain foods and cancer.

Because of this research weakness, a large number of scientists and nutrition experts question whether there is enough evidence linking meat and cancer to warrant the WHO’s declaration.

There are a lot of holes in our nutritional science knowledge, but we have a pretty good idea of what makes for a healthy diet—lots of fruits and vegetables, proteins, and whole grains. Red meat is a great source of iron, protein, and a number of essential vitamins and nutrients. While we wouldn’t advise having a hotdog for every meal, there’s still not enough evidence to warrant eliminating meat from your diet out of cancer worries.