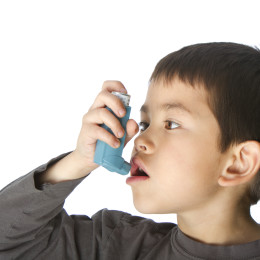 The U.S. Environmental Protection Agency cites reduced childhood asthma rates as a justification for its air pollution rules. However, a new study from researchers with the John’s Hopkins Children Center suggests that the link between outdoor air pollution and asthma doesn’t exist. CAS’s Chief Science Officer, Dr. Joseph Perrone, explains below what this means for EPA regulations in a new op-ed for The Hill.

For years, environmentalists and regulators have cited childhood asthma as an excuse for ever-stricter pollution rules. The U.S. Environmental Protection Agency (EPA), for instance, uses asthma as a pretext for nearly every “clean air” regulation issued since the 1970s.

But what if the assumed link between air pollution and childhood asthma doesn’t actually exist?

The new peer-reviewed paper, authored by a team of prominent researchers led by Dr. Corrine Keet of John’s Hopkins Children’s Center, studied over 23,000 U.S. children and found no statistically significant difference in asthma rates between those who live in inner-city neighborhoods (and are thus subject to higher pollution levels) and those who do not (once controlling for other factors). Instead, researchers concluded that poverty was a greater predictor for higher asthma rates than outdoor air pollution.

The study still points to air pollution as a cause for asthma, only it’s indoor air pollution—think second hand smoke, rodents, mold, etc.—that may be the main culprit.

It’s a radical finding. The study upends more than half a century of research that assumed outdoor air pollution in cities was to blame for higher asthma rates—a hypothesis repeatedly used by EPA regulators to justify the agency’s regulations.

The study couldn’t come at a worse time for the agency. EPA is preparing to tighten national standards for ground-level ozone (the main ingredient in smog) by as much as 20 percent. To justify the move, EPA Administrator Gina McCarthy argued she was “following science” to “protect those most at-risk—our children, our elderly, and people already suffering from lung diseases like asthma.”

But it’s hard to see how lowering the current ozone limit either “follows the science” or “protects those most at-risk” for asthma.

A peer reviewed study by Dr. William Adams, for instance, found no statistically significant difference in lung function in humans exposed to ozone at 80 ppb (5 ppb above the current standard) or 60 ppb (the low end of the EPA’s proposed new standard).

Rather than accept Dr. Adams’ conclusions, the EPA performed an unpublished “reanalysis” of his data and decided that there was a statistically significant difference in lung function at 60 ppb after all. Dr. Adam’s response: “EPA has misinterpreted the statistics contained in my published, peer-reviewed paper.”

And Drs. Julie Goodman and Sonja Sax, writing in The Wall Street Journal, accused the EPA of “cherry-picking” studies to claim that “ozone causes more health effects than what the science supports.”

When we consider this research in conjunction with Dr. Keet’s findings, it casts serious doubt on the need for tighter ozone rules.

As Dr. Keet’s research points out, one of the greatest risk factors of childhood asthma is poverty—not outdoor air pollution. At a cost of $90 billion per year, by EPA’s own admission, the ozone rule would place millions of jobs in jeopardy and exacerbate poverty, which could actually increase asthma rates.

Part of the problem is that the EPA claims it is not allowed to consider economic costs when making “clean air” rules. Rather, its sole charge under the Clean Air Act is to protect public health within an “adequate margin of safety.” But as the World Health Organization emphasizes, poverty is one of the greatest risk factors for disease.

Everyone wants clean air. Fortunately, we’ve made great strides: the six common air pollutants have decreased by 67 percent in the last 35 years, according to EPA data. Yet poverty may be a more important risk factor for asthma than outdoor air pollution.

This is science the EPA cannot ignore. If the agency is truly interested in “following the science,” it should spend more time addressing real public health threats than imposing costly rules based on dubious science that may only make us poorer and sicker.