Does Bilingualism Really Benefit the Brain? 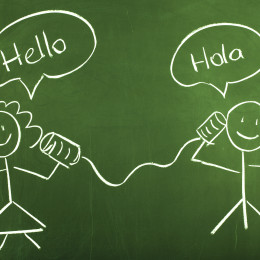 These findings are amazing marketing tools for companies selling language learning software and books. But as a new story from NPR explains, the bilingual brain advantage might not actually exist.

De Bruin investigated further, reviewing other published research on bilingualism and found that “the quality of the studies was not important. What mattered was whether the study found bilingualism had brain benefits.” Her research found that “63 percent of abstracts supporting a bilingual advantage were published compared to only 36 percent of the challenging studies.”

As we’ve discussed before, this is an all to common problem in scientific research. Researchers, their funders, and scientific journals want to publish work that shows positive results—“negative studies” or those that find no result don’t often get published. Even when such studies are published, they aren’t often covered by the media—“if it bleeds, it leads.”

All of this is adding to the growing mistrust of scientific research. Especially at a time when pay-to-publish journals accept papers titled “Cuckoo for Cocoa Puffs” and those authored by Simpsons characters. That’s why careful examination of actual studies and data is key before jumping to conclusions about whether a product is safe or whether pushing multiple languages on your children will stimulate brain development.