Don’t Feed the Clickbaiters – Tylenol Does Not Cause Autism 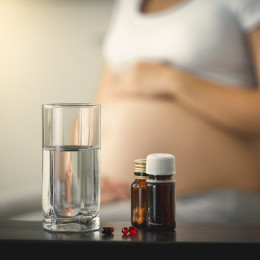 Expectant mothers beware: taking Tylenol might make your child autistic– or so claim the headlines covering a recent publication in the International Journal of Epidemiology.

Let’s stop right there and make something clear:

Managing the fever and inflammation associated with infection or injury is absolutely essential to a healthy pregnancy. Anyone worried about medication “causing” developmental disorders should be equally if not more concerned by the risk of stillbirth and life-altering birth defects which letting a fever progress “naturally” poses to a fetus. Alternatives like ibuprofen more than double the risk of suffering a miscarriage. This leaves few safe options for pregnant women. Stoking fears around Tylenol, the most widely used fever-mitigating drug by pregnant women, in order to push a story is not only an abuse of the journalistic platform, but a reckless risk to women and their unborn children.

In fact, in comments to Science Daily, the authors of the study in question specifically stressed that further research should be conducted and that risk-benefit analysis of using acetaminophen, the active ingredient in Tylenol, during pregnancy should be assessed before treatment recommendations are made.

The abundance of caution may stem from the flawed design of the survey. Rather than being monitored during their pregnancy, mothers were asked to recall acetaminophen usage up to five years after giving birth, a method bound to yield inaccurate results. This recall limitation forced the researchers to hazily categorize acetaminophen use “never,” “sporadic,” or “persistent” depending on the number of trimesters in which mothers had taken the painkiller.

The connection between autism-like symptoms (not diagnoses) and Tylenol was made by comparing “persistent” acetaminophen users against those with no exposure.

But as with many of the population-based prospective studies, the use of acetaminophen was only one of several potentially confounding variables being measured. Before leaping to the conclusion that acetaminophen causes autism, we must first ask a myriad of questions: Why were the women taking acetaminophen in the first place? Could illness or chronic pain point to an underlying issue during the pregnancy? Might other uncategorized risky behavior – such as alcohol consumption or a nutrient-deficient diet – have impacted the results? And what does “persistent” usage equate to in terms of dosage?

The study leaves far too many stones unturned to be considered good science.

For pregnant family and friends, remember this: good medication practice involves taking the lowest effective dosage for the shortest amount of time. Don’t overdo it on the meds, but don’t let clickbait headlines overrule the advice of your OB.