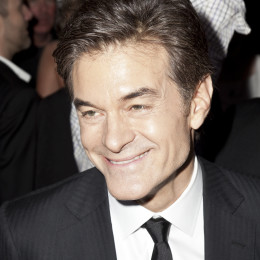 On a recent episode of the “Dr. Oz Show”, America’s Doctor gave his millions of viewers yet another piece of pretty sketchy medical advice: by reducing the amount of sodium in their diets, they could reduce their risk of cancer by up to 50%. The doctor and his guest were discussing a recent article in the British Journal of Cancer examining the salt consumption and stomach cancer rates of individuals in Japan. But this claim is tempered by Dr. Tim Key, an epidemiologist for Cancer Research UK (which owns the British Journal of Cancer): “This study shows strong associations of stomach cancer with the intake of highly salted Japanese foods including salted fish and pickled vegetables. What we don’t know is whether it is specifically the salt in these foods that can cause cancer or a combination of salt and other chemicals.” We’ve blogged before of the medical controversy surrounding high-salt and low-salt diets.

The authors of the study also may not have fully taken into account that more than half of the men in the study were smokers—smoking has been well established as a risk factor for stomach cancer.

More troubling than telling us salty foods cause cancer, however, was Dr. Oz’s recent episode featuring an activist from “Moms Across America” who told viewers how avoiding GMOs essentially cured her son’s autism symptoms. According to her story, six weeks after switching to a diet “completely GMO-free and organic, his autism symptoms were gone.” Apparently Dr. Oz doesn’t care that there’s no known cure for autism, there’s no scientific evidence to back up the mom’s preposterous claim, or that nearly every venerable health and regulatory body around the globe agrees GMOs haven’t shown any negative health effects. Instead, he gave a non-scientist a major national platform to give false hope to millions of parents with autistic children.

Should we be surprised he doesn’t care about showcasing credible research and scientific findings? After all, this the man who was scolded earlier this year by a U.S. Senate Committee for making overblown claims about “miracle products.” Sen. Claire McCaskill (D-Mo.) told the doctor: ““I don’t get why you need to say this stuff because you know it’s not true.” He was lampooned by comics, including a hilarious segment by John Oliver. It’s just too bad millions are still turning to the doctor for health guidance.