Home  ⁄  Periodic Fables  ⁄  Science on Tap  ⁄  Drink to Your Health: Another Study Links…

Drink to Your Health: Another Study Links Alcohol and Heart Health 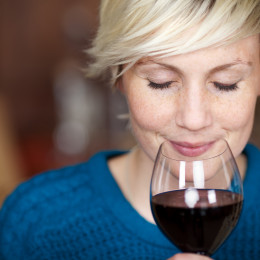 For years, moderate drinkers have been told that having a few drinks a week promotes a healthy heart; a number of studies have linked moderate alcohol consumption with lower rates of heart disease and strokes. However, it wasn’t always clear if the same effect was true for individuals with high blood pressure. Now a new analysis of nine previous studies of individuals with high blood pressure has suggested that instances of heart attacks and strokes went down as alcohol consumption went up (the studies included very few heavy drinkers).

The new analysis found light to moderate drinkers were roughly 18 percent less likely to die over the course of the study than teetotalers. A cardiology expert interviewed about the findings said that the “beneficial effects of alcohol should be even more pronounced for people without high blood pressure.”

It’s still unclear precisely how alcohol consumption and heart health are linked. It may be that the drinkers in the study were more likely to exercise and eat healthy foods than non-drinkers. As Dr. Franz Messerli of the Ichan School of Medicine stated: “We don’t know whether moderate drinking is truly cardioprotective or if it is merely a marker of a healthy lifestyle.”

While this study alone certainly isn’t enough to push doctors to start prescribing a glass of wine to promote heart health, it should reassure responsible drinkers that enjoying a drink or two might actually be improving their health.