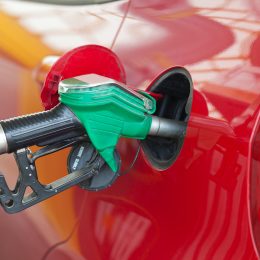 The Trump Administration recently decided to allow gasoline stations to sell E15 – which is shorthand for gasoline with a 15 percent blend of ethanol – to be sold year-round. Right now, most gasoline sold in the U.S. is E10, or a 10 percent ethanol blend.

As a biofuel, ethanol is praised for its environmental friendliness for reducing the use of fossil fuels, but that praise comes with a few caveats.

Older vehicles can’t use E15 without risking corrosion and engine failure. Environmental Protection Agency (EPA)-commissioned emissions testing also indicates that some vehicles that are able to pass emissions standards while running on normal gasoline can’t meet these thresholds when fueled with E15.

E15, like any liquid, also evaporates more quickly at higher temperatures. However, since these blends turn from a liquid to a gas at a lower temperature than “normal” gasoline, some fear that E15 is more likely to contribute to smog in hotter temperatures. It was this fact that originally led the EPA to limit summer E15 sales in the first place. As chemical engineer and Forbes contributor Robert Rapier writes, “Ironically, this meant that the ethanol that was meant to be a cleaner gasoline alternative would actually lead to higher emissions from evaporation, and hence to greater smog formation. The flip side is that certain tailpipe emissions are lower when ethanol blends are used [in new vehicles], and that helps offset the higher emissions from evaporation.”

There’s no question that engineers and chemists should be working hard to build more fuel-efficient cars and develop cleaner fuels. But we should still be wary that new technologies don’t leave us worse off than where we began.