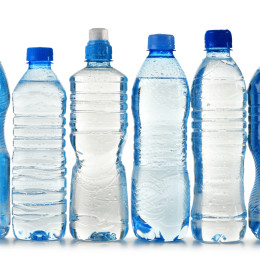 On Monday, a report published in The Lancet Diabetes & Endocrinology made waves claiming that endocrine-disrupting chemicals cost the U.S. $340 billion—over two percent of our GDP. Surely such a claim deserves attention; after all, who would condone spending the equivalent of half the federal defense budget on health burdens like ADHD, diabetes, and obesity?

But this paper, like many which rock the news cycle with flashy numbers, is based on flawed science.

The costs were based on the assumption that the substances in question actually are endocrine disruptors, and encompassed everything from BPA to PBDE. The distinction between endocrine disruption and endocrine action is incredibly important – it’s the difference between harm and harmless. Endocrine active chemicals are capable of interacting with the endocrine system in some way. The interaction may not have an effect, or an effect could be limited if the chemical is not present in a large enough concentration. However, if the chemical interacts with the body’s hormones and produces a detrimental health effect, it has crossed the line from active to disruptive.

Since the authors failed to provide sufficient information about which studies it considered in its evaluation of harm, the work cannot be easily replicated, and independent scientists have no way of knowing the quality of literature which went into the assessment.

Were studies revealing no causal link excluded from the authors’ review entirely? Out of the more than 7,000 PubMed citations for “endocrine disrupting chemicals,” were only those studies which supported the authors’ hypotheses considered?

Science is successful because it is impartial. Cherry-picking data to support one’s own intentions, as benevolent as they may be, irresponsibly guides the conversation. Perhaps most dangerously, pointing to a chemical scapegoat distracts from addressing the root of the problem.

According to the Harvard School of Public Health, the global rate of obesity has nearly doubled since 1980. Attributing this health burden to “endocrine disruption” from the plastic container holding your leftover cheesecake rather than excess caloric intake is simply irresponsible.