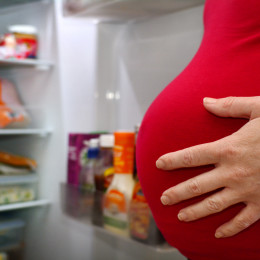 The FDA is far from the only agency that believes the health benefits of fish should surpass concerns over trace amounts of mercury—the U.S. Environmental Protection Agency and the World Health Organization agree that fish is not only safe for women to consume during pregnancy, but these women should specifically strive to include fish in their diets.

To a degree, these environmental activists are correct. Some fish, including tuna, contains small amounts of mercury. And mercury can pose a risk to health. However, overblown fears about mercury in fish have discouraged pregnant women from eating any fish, which has serious health implications. Last year the FDA issued a report concluding pregnant and nursing women were not consuming enough fish, resulting in an adverse impact on their children’s IQ.

The FDA took the risk of mercury into account when issuing its recommendations and concluded that the benefits of small amounts of tuna during pregnancy outweigh concerns about mercury. Environmentalists shouldn’t derail the FDA’s quest to ensure that women—especially low-income women—are consuming healthy diets that lead to healthy children.