Home  ⁄  Periodic Fables  ⁄  Water  ⁄  Environmentalists’ Love for Organics May Be…

Environmentalists’ Love for Organics May Be Polluting America’s Drinking Water 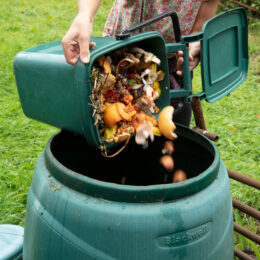 Environmentalists have long supported biodegradable products and composting by claiming it is better for the planet. But a new investigation shows organic composting may be to blame for drinking water contamination in Massachusetts.

According to a report from the Boston Globe, an organic composting company called Mass Natural has been leaching potentially dangerous chemicals into the drinking water near Westminster leading to PFAS levels as high as 300 times what the state considers to be safe.

Per- and polyfluoroalkyl compounds (PFAS), commonly known as forever chemicals, have been tied to severe health issues, including increased rates of kidney and testicular cancers, high blood pressure, and lower birth weights according to the CDC. Many of the neighbors living near Mass Natural began suffering illnesses of their own.

“I’m severely traumatized by this,” Sue Ryan, a resident near the facility, told Boston.com. “I believe the PFAS has compromised my immune system.”

Officials from the state believe that the company’s organic composting practices contaminated the drinking water near Mass Natural. The 240-acre composting facility is the largest in the state and it accepts tens of thousands of tons of organic waste annually. For more than 30 years, the company has been processing the waste into loam, potting soil, and mulch. The loam is believed to be the source of the PFAS contamination into the drinking water at as many as 218 properties.

The owners of Mass Natural appear to be distraught over the contamination. Owner Diane Page called the situation “depressing,” adding, “I haven’t slept in about three months. I get customers asking for the materials, and I can’t sell it to them. I feel terrible about that.”

Organic composting has only been growing in recent years. Major cities throughout Massachusetts, including Boston, have expanded their composting collection in recent years, though this situation could slow that process. Bill Page, a co-owner of Mass Natural, said “every composter” in the state should be testing for PFAS.

In the meantime, Mass Natural has been ordered to cease operations by the state’s Department of Environmental Protection.

Ironically, the state also ordered Mass Natural to provide residents affected by the PFAS contamination with purified bottled water. Several cities in Massachusetts, especially in the Cape Cod region have banned the sale of bottled water despite concern from citizens that bottled water is essential during unexpected emergencies.

Many products deemed compostable or biodegradable do not actually degrade in practice. Several studies have shown that many so-called biodegradable products can only degrade in soil under ideal conditions that rarely occur in nature. One study found that a “biodegradable” bag that had been buried for three years was still strong enough to hold a full load of groceries.

Moreover, even if these products break down, they don’t go anywhere. They simply become smaller particles that can bleed into the drinking water supply, as Massachusetts just experienced. Recycling, which can keep products out of the ground entirely, is likely the greener waste management solution.

As with many good intentions, environmentalists appear to have failed to consider the potential unintended consequences of composting.