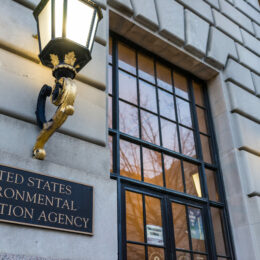 Earlier this year, IsTapWaterSafe.com, a project of the Center for Accountability in Science, took out an ad in the L.A. Times and launched a petition demanding the Environmental Protection Agency (EPA) release its plans for Contaminant Candidate List 5.

The Contaminant Candidate List, or CCL, is a list of contaminants that are not currently subject to any drinking water regulations. The process of building CCL’s asks for public nomination of chemicals or other materials for consideration. Once received, the EPA will review and determine if the contaminants should be chosen for regulation. The EPA has previously published four CCL’s containing hundreds of different chemicals, microbials, and biological toxins they believe should potentially be regulated.

Nominations for CCL 5 were open from October 4, 2018 through December 4, 2018. In the two and a half years since nominations were accepted, the EPA was silent on when they would release their plans for these contaminants.

So we took out a full page ad in the L.A. Times asking Californians if they know what’s really hiding in their tap water, and directing them to sign our petition.

This week, the EPA finally released a draft of CCL 5.

The draft CCL includes 66 individual chemicals, 12 microbes, and three chemical groups: per-and polyfluoroalkyl substances (PFAS), cyanotoxins, and disinfection byproducts. The EPA plans to consult the Science Advisory Board (SAB) in early Fall, and will consider SAB feedback and public comments before developing the final CCL 5, expected to be published in July 2022.

This is important work. Each day across the country, Americans are exposed to unsafe tap water. Legislators and environmentalists pushing to eliminate single-use plastic water bottles threaten to deprive communities access to clean, safe drinking water. We will continue to monitor the EPA as it finalizes CCL 5, and continue to advocate for clean drinking water for all Americans.

Don’t feel a false sense of security—the EPA process is long, and federal legislation to improve our aged tap water infrastructure is held up in Congress. There’s a long way to go before our tap water system is clean.