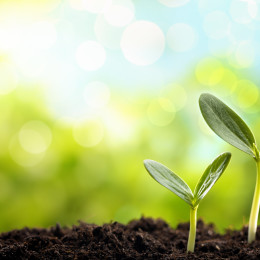 The Environmental Protection Agency (EPA) finally, and intentionally, released its long-awaited glyphosate report concluding “the available data and weight-of-evidence clearly do not support the descriptor ‘carcinogenic to humans.'”

The EPA didn’t exactly make a discovery. However, its input could soothe public anxiety regarding the chemical commonly known by its brand name, Round Up.

Glyphosate’s reputation has been in critical condition since the International Agency for Cancer Research (IARC) claimed it was a “probable carcinogen” last year. Even though it was only IARC—an organization whose methodology has been questioned by scientists—it confirmed the biases of anti-scientific activists who immediately set themselves to fearmongering—on glyphosate, on GMOs, and on chemicals in general.

To repair the damages caused by IARC’s shoddy science, authorities from around the world studied the same data IARC did. And? Every single one disagreed with IARC.

The European Food Safety Agency (EFSA), after “an exhaustive process,” found glyphosate was unlikely to be carcinogenic. The United Nation’s Food and Agriculture Organization found “glyphosate is unlikely to pose a carcinogenic risk to humans.”

The EPA’s report is simply the latest response to IARC’s junk science. In fact, the EPA’s new report made the fact-checking explicit. As Politico reported, EPA scientists “did not agree with IARC that the data provided strong or clear evidence” that glyphosate was carcinogenic.

The criticism is well-deserved because IARC has a history of serious mistakes. After classifying coffee as carcinogenic for 25 years, IARC just admitted this year it had “inadequate evidence.” Mistakes happen. But if you’re a scientific organization recognized globally, your science should be the best.

IARC hurts public trust in science and empowers anti-progress activists in policy debates everywhere. Its approach to risk assessment is out of whack. And with high stakes like these, it’s time to fix it.