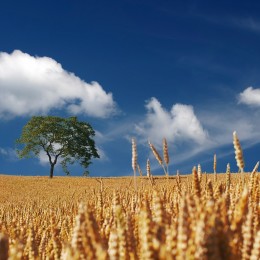 A few days ago, the U.S. Environmental Protection Agency (EPA) published a report concluding glyphosate is unlikely carcinogenic to humans. The EPA pulled the report not long after, telling Reuters it was “because our assessment is not final”—  it had been published “inadvertently.”  Reuters noted, however, that the accompanying memo was labeled “Final.”

The report is expected to be re-released by the end of 2016, but until then, here’s some info about glyphosate.

Glyphosate, also known under the brand name Roundup, is an herbicide. Though used by some homeowners waging war on weeds, glyphosate is primarily used in agriculture. In particular, its used on genetically engineered crops that are Round up resistant so when farmers apply it, the weeds die off and leave the “Roundup ready” crops standing strong.

The trick is that the question assumes an absolute yes or no answer—the truth is that dosage is key. For example, is water dangerous? Technically, yes, but only if you drink too much of it.  Glyphosate is of low toxicity—somewhere between baking soda and alcohol, based on data developed by the EPA. That makes glyphosate significantly less toxic than chemicals like theobromine (in chocolate) and rotenone (a pesticide used in organic agriculture). The truth is the dose makes the poison, and when it comes to glyphosate the dose is extremely small.

What the experts have to say

The EPA’s conclusion to their “inadvertently” released 86-page report isn’t earthshattering. The same conclusion was reached back in November by the European Food Safety Authority (EFSA) and EU member states, who found that glyphosate “is unlikely to pose a carcinogenic hazard to humans.”

However, last year, the International Agency for Research on Cancer (IARC) announced that glyphosate was “a probable human carcinogen.”  A German evaluation for the EU declared “the available data do not show carcinogenic or mutagenic properties of glyphosate.”

The IARC mission is to identify substances that may cause cancer. This means they didn’t measure the level at which there is a risk for humans. Notice the wording: The IARC finding was simply that glyphosate is a probable carcinogen. In contrast, the EFSA report found glyphosate “is unlikely to pose a carcinogenic hazard to humans.” (Emphasis added.)

Just because something is a carcinogen doesn’t automatically make it harmful. After all, UV radiation from the sun is carcinogenic, but that doesn’t make living in a cave the right thing to do. This goes to show, whether its chemicals, sunlight, or anything in life, forget the fearmongering and remember: it’s the dose that makes the poison.